Preparations are being put in place for our inaugural Song Production Masterclass which will take place at the end of August. The class will take place in Abbey Road Studio Three where Pink Floyd, The Beatles, Florence & The Machine, and countless others have recorded. It is shaping up to be an unforgettable four days during which attendees will experience professionals working at the very top of their game to craft a song from beginning to end. We caught up with producer Haydn Bendall and Abbey Road mastering engineer Christian Wright who are two of the personalities leading this one of a kind course. 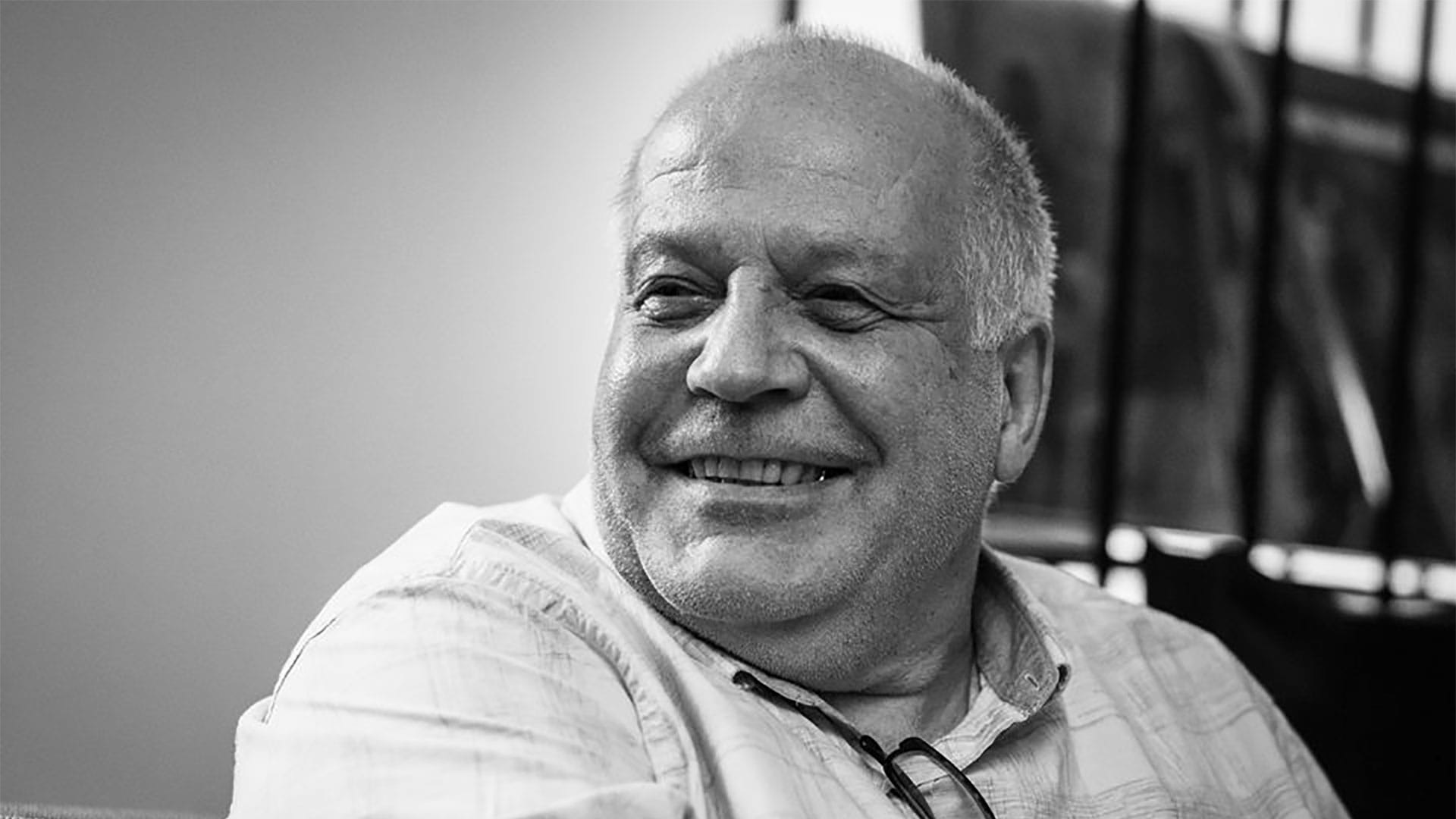 Producer Haydn Bendall knows his way around Abbey Road with seventeen years of experience at the studio.  He served as senior engineer for over ten years and has worked with artists such as Kate Bush & Paul McCartney. We caught up with Haydn to talk about the role of producer and working at Abbey Road Studios.

When was the first time you thought about the role of producer?

People started asking me ‘Haydn, what do you think we should do with this song? How fast should it be and in what key?’ It was something I naturally got asked to do. Originally I wanted to be an engineer but I don’t see a huge difference between engineering and production. Whenever I’m engineering I tend to take some kind of producer role.  It evolved from people informally asking me about their arrangement to me being an actual producer. A lot of people say they want to be a producer, but don’t really know what it is.

Your first interest in music was as a keyboardist. Tell us about your decision to work more in the studio setting?

Playing keys was my first introduction to recording studios. I was working for Orange Amplifiers who had a small Soho studio run by Cliff Cooper.  It was a four track state-of-the-art studio at the time. Peter Green’s Fleetwood Mac actually asked me to play for them but I said no, I hated performing live I wanted to spend my time in the studio.

Has the role of a producer evolved in your mind throughout your career?

I think it has evolved over the years and become more refined.  I understand now that there isn’t one definition of a producer’s role.  Every producer offers different things. I used to think the producer had to be technically proficient. Some producers aren’t technical but are fantastic with artists and people.  Some producers make the artist feel very safe and are charismatic. I used to think they weren’t really producers, but the truth is that they are. What they offer is very important.  Some offer great musical and mixing expertise while others are team builders. Some producers talent is knowing exactly who to have involved with the right session. So yes I would say my understanding of what a producer should be has changed over time.

Sylvia Massy said there was the ‘spiritual guide producer’ with great ears like Rick Rubin and a more ‘technically minded’ producer like herself, where do you lie?

I see it as one flexible thing.  Different artists require different things from a producer. It’s difficult to separate the musical side of production and the engineering side.

You will also be mixing as part of the course, tell us about your approach to mixing.

I see mixing as arranging.  I begin mixing really from the moment I start recording. This way you have a picture of the whole thing musically.  I think mix engineers need to have musical ability to produce something successful. I don’t really see engineering with no musical ability being something that can work.  Engineering is important but not as important as the music.

Has the creative process and music industry changed over the years with people spending less time tracking the record?

It certainly has. The only place to record used to be the studio and the only people recording were signed artists.  Some fun aspects of it are gone because we used to be able to mess around in the studio more but the industry is much fairer to artists and songwriters these days.  The method of recording has changed because people aren’t forced to make decisions on the spot. That can possibly lead to a lot of indecision and some mundane results so I try to avoid that. Overall music as a culture has become much more interesting.

What’s it like to work in Abbey Road’s Studio Three? What gear do you love in the studio?

All I ever wanted from the music business was to have a job engineering at Abbey Road. Studio Three is great. It has all the microphones and gear you would want. We did a lot of Kate Bush records in Studio Three. It also happens to be my all-time favourite room to mix in. The monitoring is fantastic, the SSL and outboard gear are great.  I tend to EQ a lot on the board first and then use some outboard compression very lightly when tracking.

The Mysteries of Mastering Revealed

To finish things off we head to the last step in the recording process, mastering.  Abbey Road mastering engineer Christian Wright has mastered albums by Radiohead, Ed Sheeran, Coldplay, and Mumford & Sons. Christian explains ‘Mastering is the final process in the music production chain. It’s a chance to bring cohesion and continuity.’

Tell us about how you came into mastering at Abbey Road?

I’ve been at Abbey Road for 19 years and mastering here for 15 years.  I had thought about entering the studio as an engineer but realized you can’t be in bands and engineering at the same time.  It’s a different kind of lifestyle. I concluded that mastering would be the best way to have a career in music production while producing and writing as an ‘extra-curricular’. I was working as a runner at a post-production facility when I got the call to work at Abbey Road. You’re aware of the studio all your life whether it be from The Beatles Sgt. Peppers album to Radiohead’s work here so it was a great opportunity.

What are some highlight projects for you in your 15 years here?

Working with Johnny Greenwood was a dream.  I mastered his film projects The Phantom Thread and There Will Be Blood.  Recently it’s been great to do Black Midi and Fontaines D.C. who are just beginning and finding their audience. Kate Tempest is such a unique artist. Direct to Vinyl with Future Island was a unique process as well.

What are some of the unique aspects of mastering at Abbey Road?

All the rooms are based around the TG console which was designed here at Abbey Road.  Being inside the studios itself is quite inspiring. There are people who have worked here for 20, 30, and even 40 years so there is a wealth of experience. You look to take from the experience from the past and adapt to the current times.

Tell us about some of the gear you like to use? Analogue vs Digital?

Everything I master goes through analogue outboard.  For some of the finer details, I will use plug-ins. Really whatever is needed to make things sound great. I don’t really see it as analogue vs digital. I like to use both.

What can people expect attending a mastering session?

When people come in for the first time we demystify the dark arts we call mastering.  I go through the signal path and the process. I’ll learn what the artist wants and discuss how much is possible with mastering. It will be a great environment to learn the process.

If you are interested in spending time in the studio with Haydn and Christian learning how a song is recorded, mixed and mastered to the very highest standard in the world’s most famous studio. please visit our Song Production Masterclass course page.

Thinking outside the box with Sylvia Massy
Getting to know Music Theory instructor Mat McKinley
Categories
Book A Tour
Fill out the form below to visit our campus and studios.
Recent posts
10/12/2020
Behind the Console: The Custom Series 75 Powered by Neve
Read article
27/10/2020
Abbey Road Scholarship and Work Placement Programme for Young Black British Students
Read article
19/10/2020
Sampling: it's role in hip hop and its legacy in music production today
Read article
This site uses analytical cookies to improve your experience on our website. You can read more about our how we use cookies in our privacy policy. Please accept to confirm we have your permission to place additional tracking cookies:YesNo