Mat Mckinley is an experienced music educator and composer who has over 20 years of experience teaching theory.  He heads up our Music Theory Fundamentals for Producers two-day course which serves as a comprehensive overview of music theory and its key components. We caught up with Mat to discuss his love of music, composing for media, and Abbey Road Studios.

What sparked your interest in music?

I had lessons from the age of five which I hated!  The early part of my music framing didn’t really teach me much about music. Eventually, I gave up formal lessons in favour of listening to rock. Bands like Genesis inspired me in my early teens. I was fascinated with the musical structures that Peter Gabriel would use.  I started playing in a band and that got me back into music. 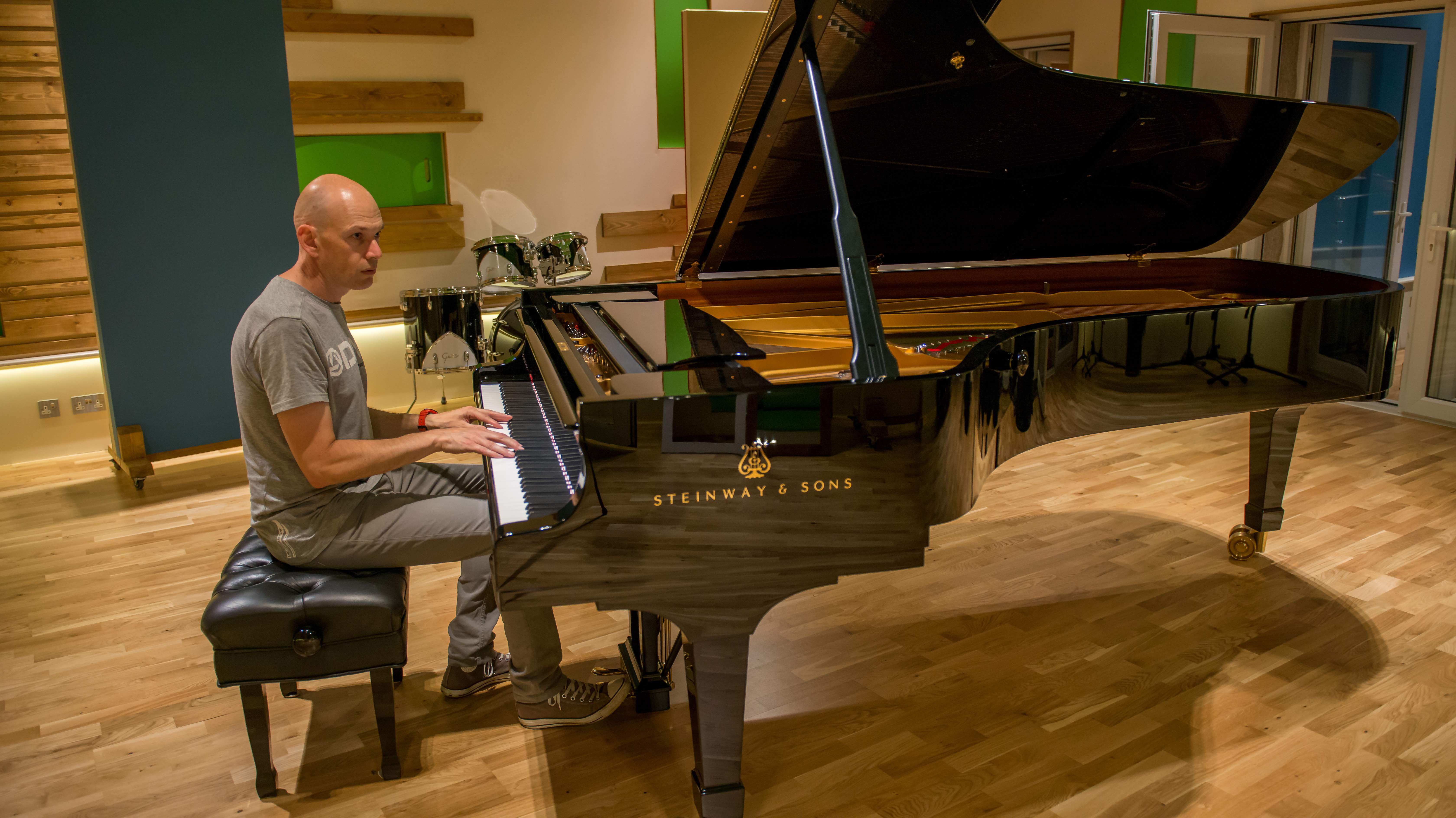 Was music always what you wanted to do?

I had thought I would pursue a graphic design career but joined a band at art school. I realized music was the true passion in my life.  I got into jazz and rediscovered classical music. Music of all genres. I realized that humans tend to compartmentalize and define things but music is universal.  It can speak to anyone no matter what language or where they’re from.

How did you start scoring?

I was always able to improvise as a child.  That got me into jazz and then into piano improvisation.  I was really interested in media composition. I began to look at showreels and understand how to compose to picture. I started working for the Music Sculptors (award-winning production music company)  as an in house composer and freelancer for about 10 years. I started teaching as well and realised I had a true passion for music education. I believe in using self-experimentation, it doesn’t have to be formal teaching.  Music knowledge is constantly going into you when you’re playing your instrument and you need someone to help translate that. I’m fascinated by the emotional side of learning and scoring.

Tell us about some of your favourite scoring projects, how did your knowledge of music theory help you compose and what did you learn from the project?

One that stands out is a project I did for Music Sculptors. I was composing for a BBC cartoon ‘Aaagh! It’s the Mr. Hell Show’ you had to write about five minutes of music a day.  You would look at something in the morning, write it, and then do a rough mixdown for the director at the end of the day. It taught me about not worrying about the pressure and worry that comes with a project.  As a musician you always want to do your best work, you don’t want it to dip below your level. But when you have a deadline you have to be flexible and realistic that you can’t always perfect it. You have to lower your expectations of what you ideally would like to have as your gold standard.  It’s a hard thing to learn because you always want to impress. It was a strong learning curve for me. Every conceivable style of music was done in this show. I learned time management, not to be pressured by outside things, and to “let it go”. 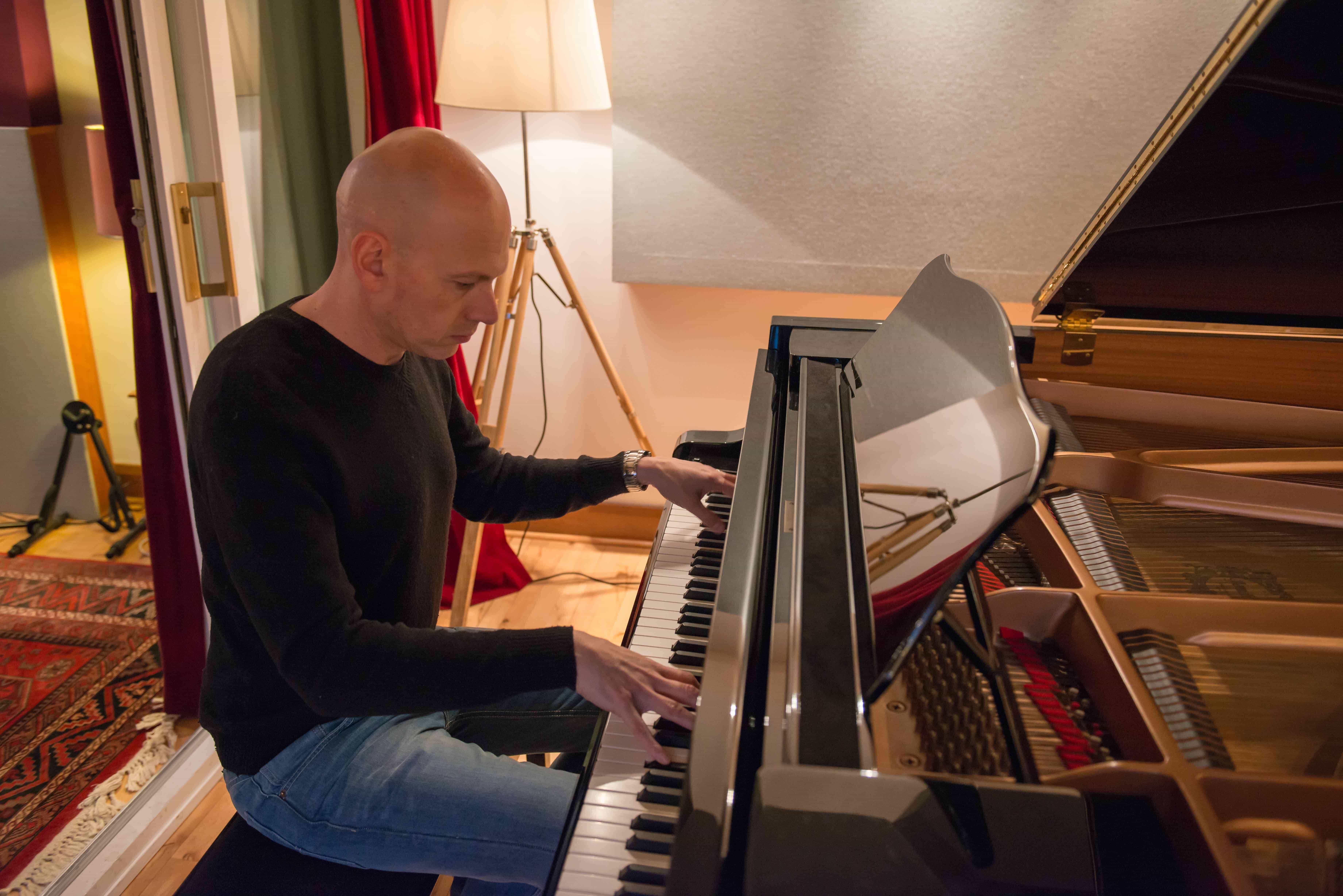 The Beatles mean a lot to me and the history of the building makes it such a magical place. There is so much great work coming out of the studios, especially on the classical music front.  Having the Institute classroom attached to the studios is incredibly motivational and inspiring and can be used as an instigator for learning.

What would you say to someone who is Worried about not understanding music theory?

The term theory just means hypothesis.  It’s a thought process. It’s a discussion of how music is formed but not the only way music is formed.  It’s important to not be intimidated by it otherwise there is a change you will repel it. In reality, it’s so much simpler than people think. They think if they don’t understand it they aren’t a musician, that is so false.  It’s just about learning a basic language that allows you to speak. Once you can speak it you can really accelerate your learning. We use traditional ways that are explained in totally untraditional ways and it’s a lot of fun.  It can help you in all aspects of your life. You’ll learn time management skills and improve your work ethic.

If you’d like the opportunity to strengthen your knowledge of music theory, find out more and sign up for our weekend course.