Thinking outside the box with Sylvia Massy

Sylvia Massy is not one to follow rules.  From her advice on mic’ing a chicken to recording vocals through a cell phone satellite delay, Sylvia is a sonic voyager doing things in her own unique way.  It was with great pleasure we welcomed her for a day in Studio Two. The setting was perfect as it was here that John Lennon suggested he be swung from a rope to record vocals, or where Geoff Emerick pioneered ADT delay by messing with a few tape machines. Abbey Road has always pushed the limits on recording and Sylvia Massy was right at home. 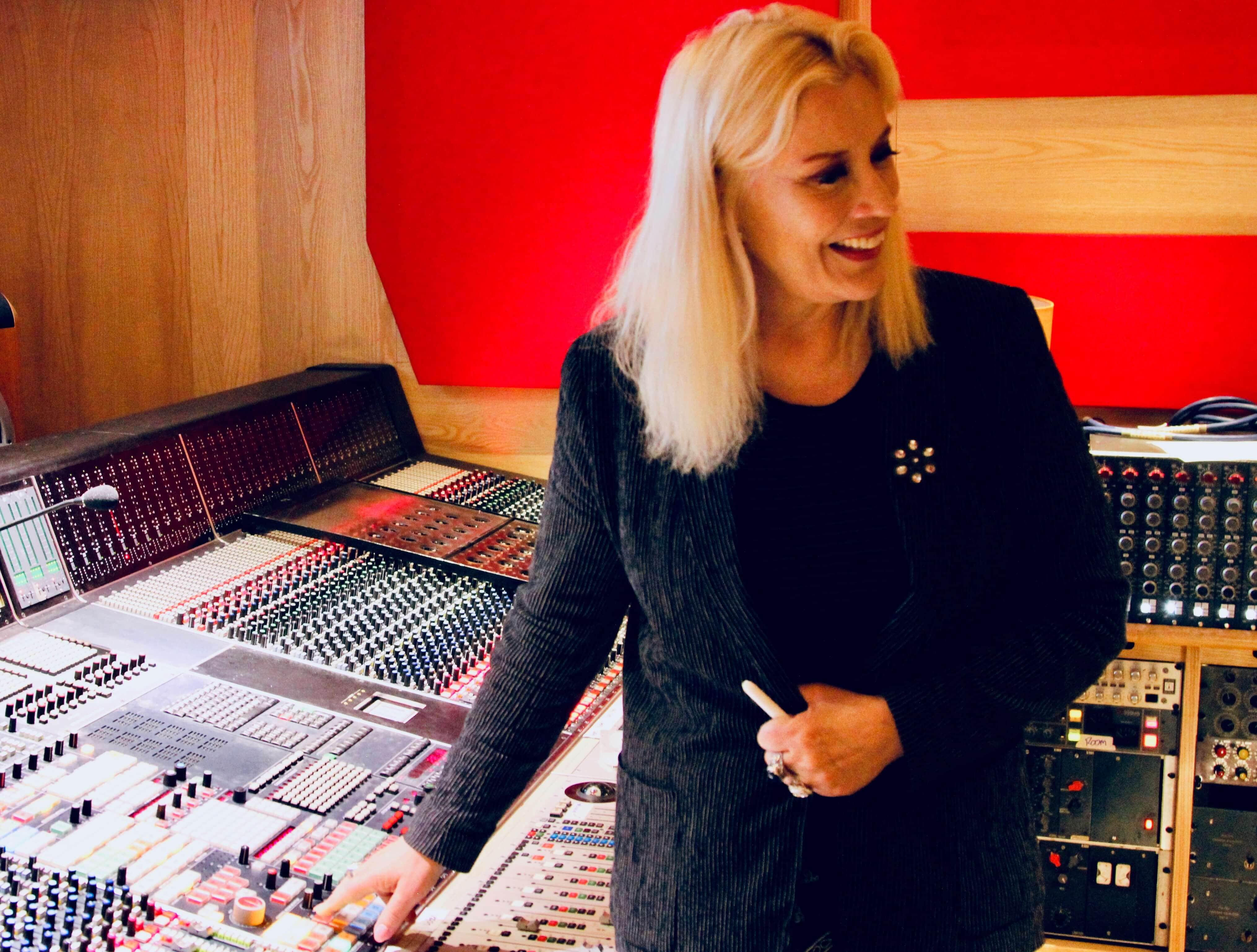 The day began with Sylvia sitting down in Studio Two to talk about her career. Sylvia spent most of the 90’s working in Los Angeles studio Sound City. The acclaimed studio’s 1973 Neve 8038 recorded countless hit records.  Sylvia recorded Red Hot Chili Peppers, System of A Down, Tool, Johnny Cash, and Prince to name a few.  ‘I loved the neve console, that’s what attracted me to the studio.  It wasn’t the nicest place but it had a magic to it. Some of the fondest memories I have there was working with Johnny Cash who had Tom Petty & The Heartbreakers as his backing band!’  Sylvia reminisced with the students about some unusual recordings she’s done in the past. ‘We got some sledgehammers and mic’d up a piano with a contact mic and SM57’s. We also put some Neumann U87’s farther away. The drummer brought a shotgun and shot the piano while we destroyed it.  I try to build in a special event into every session. It’s not always destroying things! Sometimes we’ll record on a mountain, or in a moving car, or something unusual.’’ 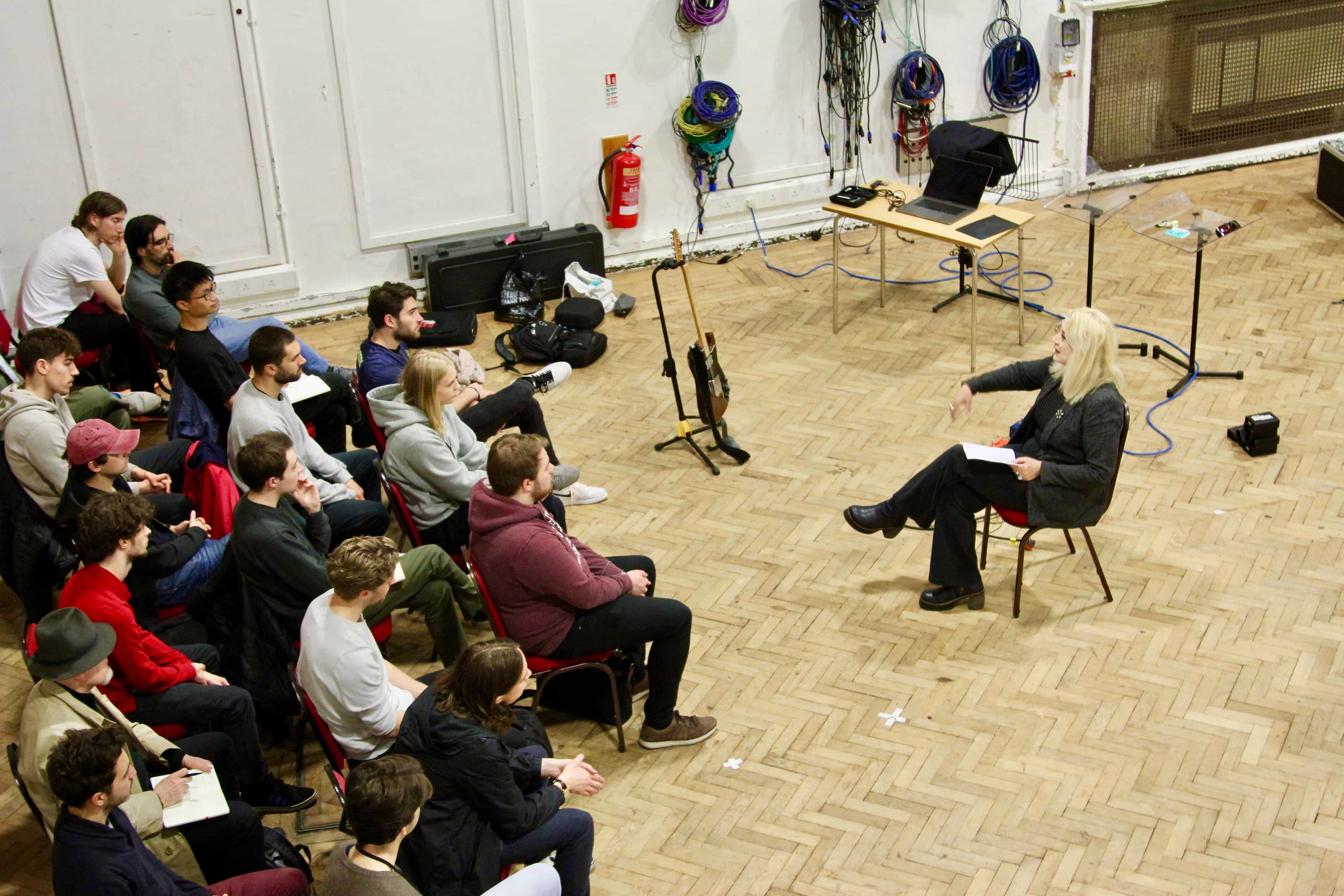 For our session, we were lucky to have a fresh new LA band StarDragon comprised of three teenage friends.  The band tracked drums with an original Ludwig 1960’s kit courtesy of the studios for that one-of-a-kind Studio Two sound.  Sylvia blended an array of mics including an AKG C24 and STC 4038 to summing bus. Later the students saw Sylvia blend microphones to get a great guitar and keyboard sounds.  Sylvia showed some of her unique techniques to the students by tracking vocals with the singer calling her from the vocal booth and recording the cellphone feedback. She also brought a unique handmade periscope microphone that had a condenser built into the body.  Our student Ed Shaw got the opportunity to hop on as Pro Tools operator with Abbey Road Studios Engineer Paul Pritchard providing some helpful tips. Ed explains ‘they work so fast at Abbey Road, it was great to get the opportunity to operate Pro Tools in such a special room.’  Sylvia works on the monitor mix throughout the day to get it as close to finished as possible. Student Tom McConnell explained ‘it was interesting to see her add effects and perfect levels pretty soon after tracking. It gave us a feel right away of where the song was going to end up.’ 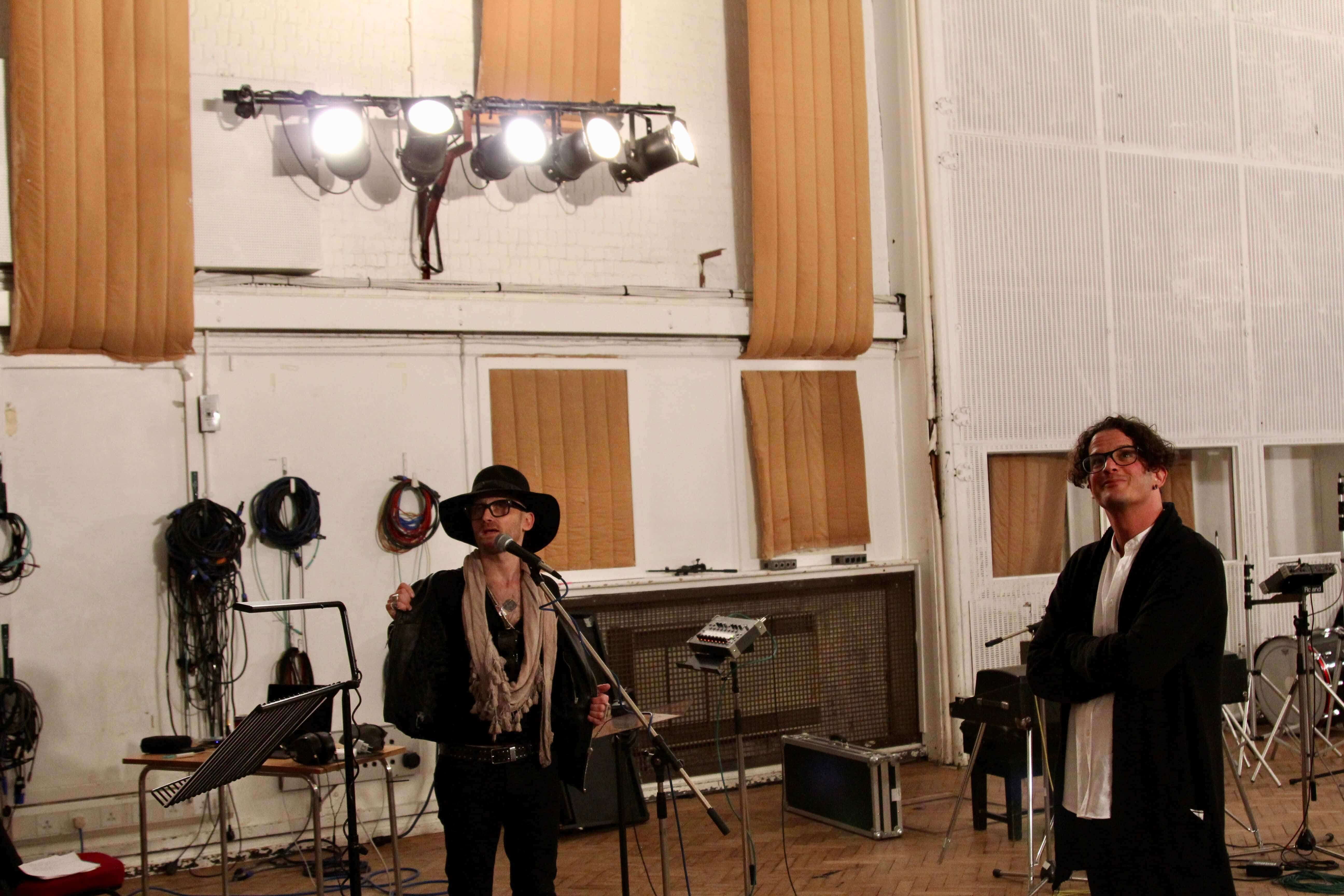 Sylvia left the students with words of wisdom for their careers.  ‘When you’re starting out find your niche and record as much as possible!  As many types of music as possible. Don’t be pigeonholed into one genre. Reach out and find people to work with, you’re more likely to get work when you have a discography with twenty different artists. ’

If you’d like the opportunity to be part of a recording session like this, at Abbey Road, check out our new Song Production Masterclass with Producer Haydn Bendall.