Our students arrive on the first day of the programme each with their own unique musical identity. For Liam Narrie it was years playing guitar in Edinburgh in a household that blasted Pink Floyd and Free. Eventually, Liam decided to form a band himself before setting his sights on Abbey Road Institute. For Canadian Hayley Roscoe, singing came second nature to her as she started writing songs from the tender age of eight. They sat next to each other on the first day of class and a musical friendship that evolved into the new project Flame Trees began.

Tell us how you each got into music originally?

Liam: It was a natural progression. As a toddler, I would make household items into instruments. I got a violin when I was three and eventually I got a toy guitar when I was 5.   My dad’s a drummer so I learned from him and he loved to play bands like Pink Floyd and Free.

Hayley: I was always the kid that sung everywhere. I took piano lessons when I was 5 and began vocal lessons. When I was 8 I wrote a song walking through the woods. I always remember that moment. It always felt natural to make up songs. 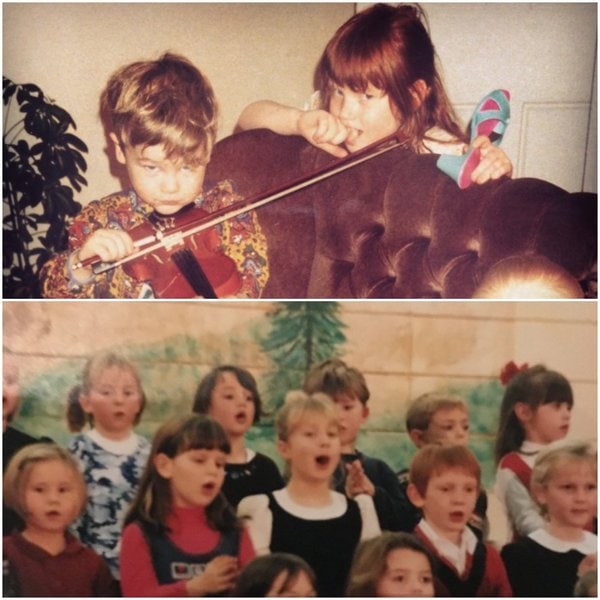 What were some of your first projects or releases?

Liam: I decided to form a band when I was 14.  A bunch of my high school friends got together and we formed Jakil. At University we started to take it seriously.  We began printing CDs, merchandise, touring on our bus. The band moved down to London in 2010 which is what brought me here.

Hayley: I’ve never been in a band before this one. I released a solo EP Catalyst (Toronto Independent Music Award winner) and played lots of cover gigs. I felt lonely releasing music by myself, it’s been nice to have a team. You can support someone and they can support you.

What brought you to Abbey Road Institute?

Liam: In my band, I started to produce, engineer, and mix. I really loved doing it but wanted to learn more. Eventually, we disbanded and I decided to go on an open day in Studio Two and fell in love. I signed up for the course shortly after that, I had to be there! 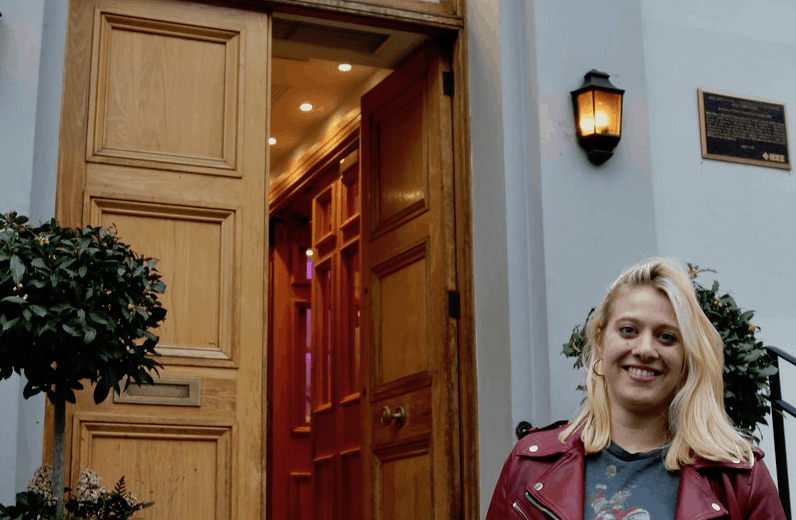 Hayley: My girlfriend really pushed me towards going to Abbey Road Institute. She would always tell me I can’t just sit on all these songs. I had to pursue it with likeminded people.

How did you meet each other?

Liam: I met Hayley on the first day of class. We sat next to each other and spoke about our music.  She’s from Canada and I grew up in Scotland but we have the same musical taste, acts like The Bros. Landreth a Canadian band. Hayley sent me some voice notes and I was really impressed.  We collaborated throughout the year.

Hayley: I remember writing a song that really poured out really quickly.  I came into school really excited to work on it and I approached Liam to work on the song.  ‘Think I Lost You’ which was the song that happened to get chosen to be mastered at the end of the course. 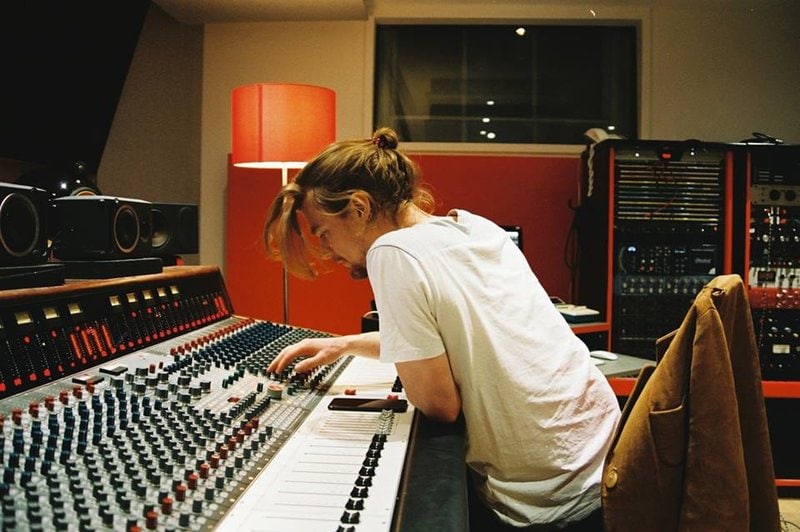 What can we expect from you both in the next year?

Liam: I’ll be mixing various projects and we’ve formed the project Flame Trees which was named after a lyric in one of our projects.. Hayley writes the song and I produce and mix and play guitar and bass and BVs.  Our plan is to release an upcoming EP and play live.

Hayley: I’m doing a pop solo project as well as Flame Trees.  Flame Trees is the band I always wanted to do.