With our Studio Three Song Production Masterclass around the corner it is time for our final blog to introduce the team.  This time we caught up with technician Lester Smith who has been Abbey Road’s microphone custodian for over 40 years and percussionist Lauren Kosty who has performed in studio sessions alongside Taylor Swift, Puff Daddy, and The Black Eyed Peas. 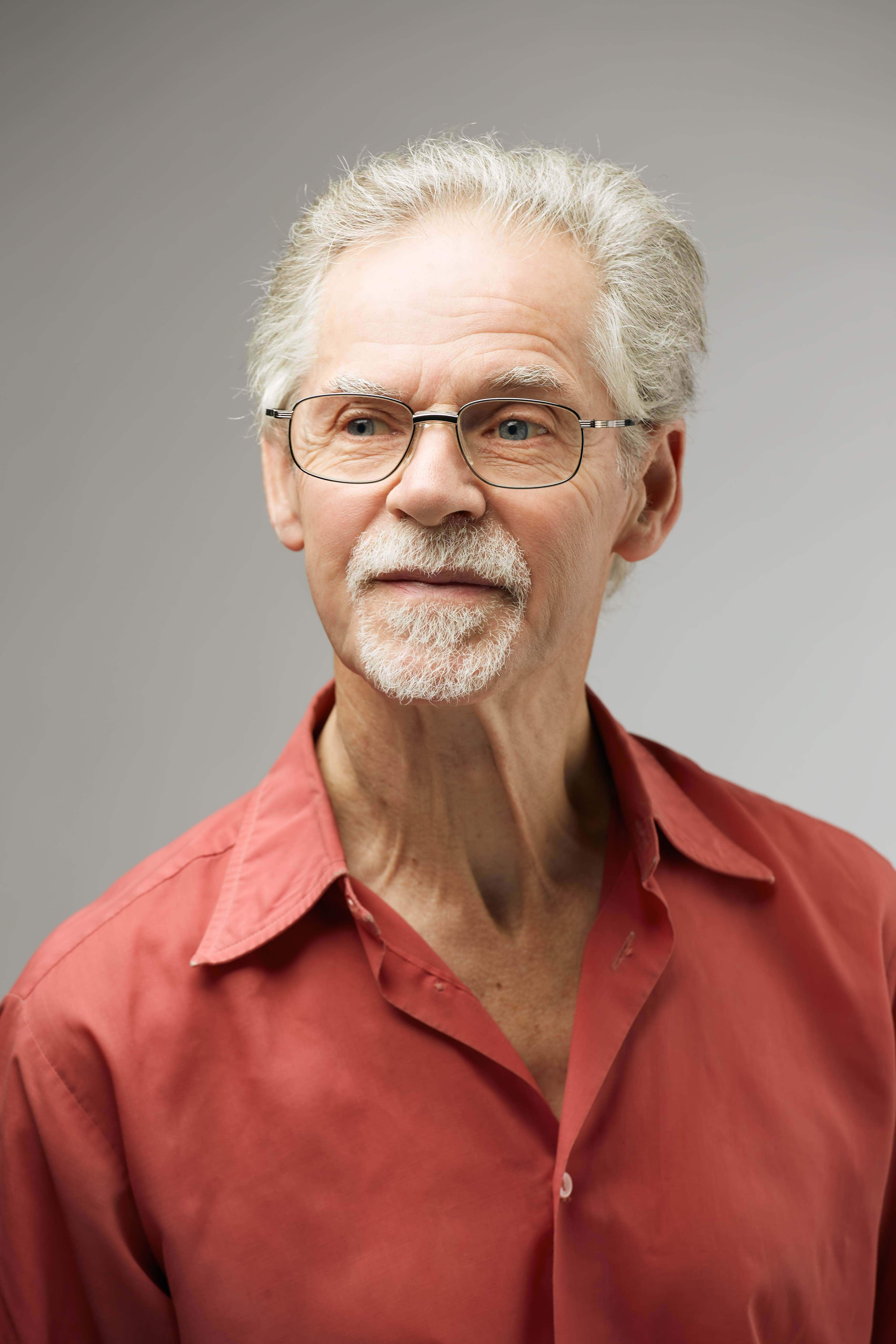 How did you get your start in the music business and what brought you to Abbey Road Studios?

I worked at the EMI Vinyl factory at Hayes in the tape recording department. We received all the master tapes to press to vinyl. For instance, all The Beatles songs would have been processed in Hayes. We would use the EMI BTR tape machines to transfer the master files over. Eventually, I moved to Abbey Road as a calibration engineer for the disc cutting machines in January 1970.

Before I started the technicians would wear white coats. It must have felt more like a hospital, as Winston Churchill joked when he visited! By the time I started, the white coats were mainly left hanging on the door and it was more casual. In the ‘70s we had about 150 stock microphones with a five-foot pile of broken mics to be fixed in the old amplifier room. Management decided to have a dedicated technical team and that’s when I started working on repairing microphones.

Tell us about the technical heritage of Abbey Road Studios?

In the early days, the equipment was mainly built in-house since some of the best engineers worked in the building. Eventually, we brought in things like Studer Tape Machines and Neumann Microphones that were up to par. We have some very old important microphones like the EMI RMIB-34 RCA 44bx. 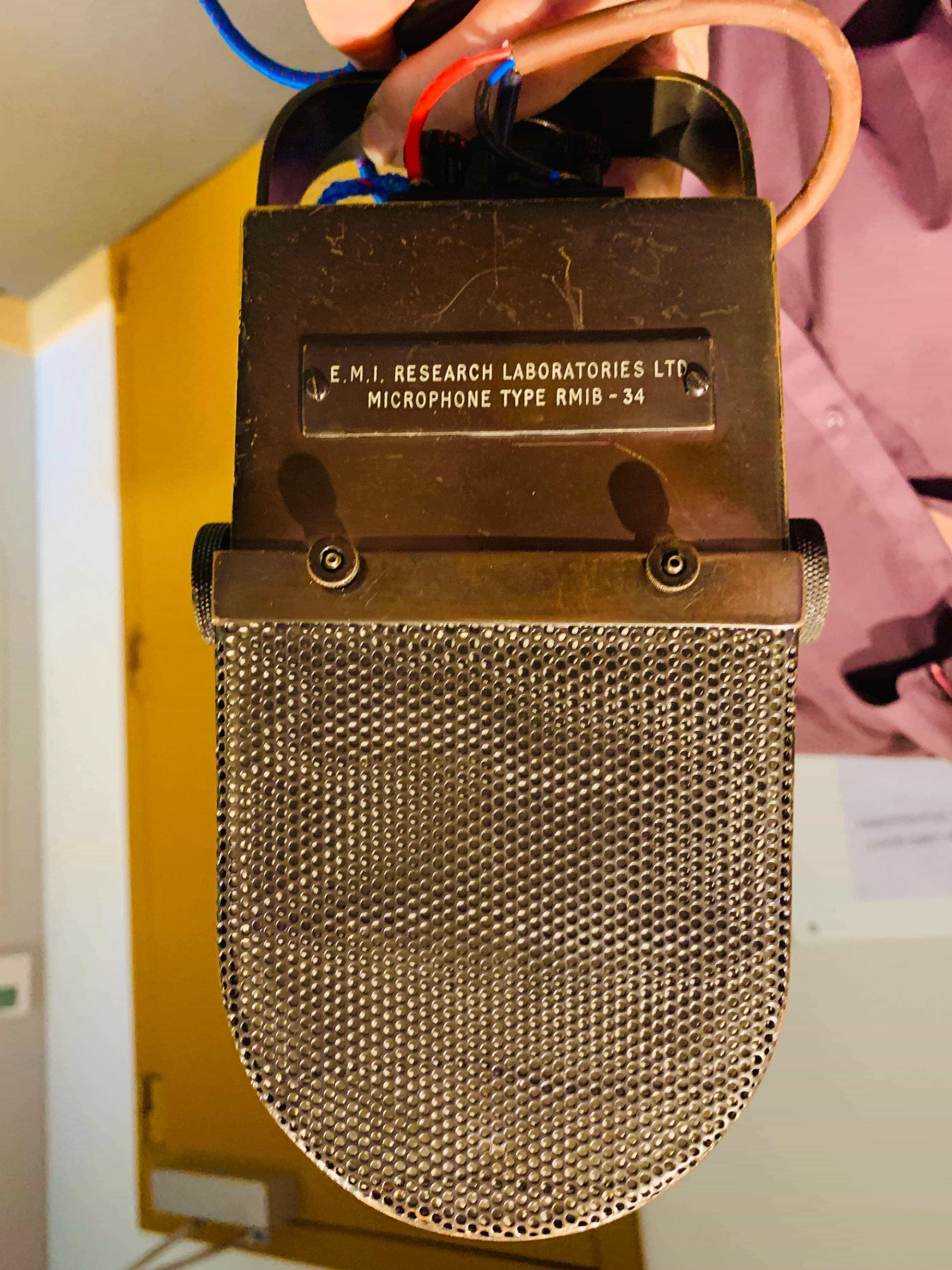 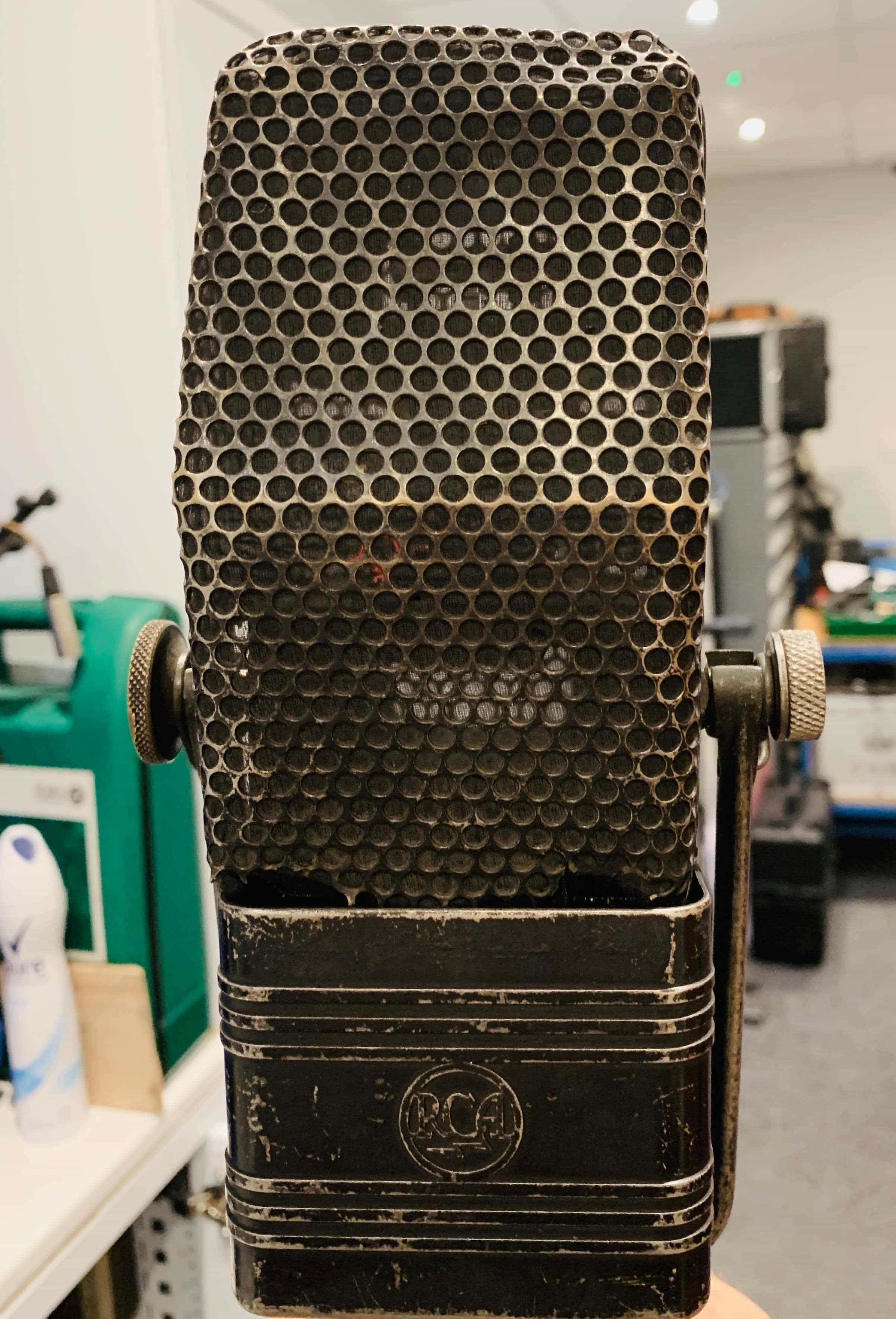 What is it that is so timeless about a mic like the Neumann U-47 microphone?

Neumanns are very historic. They were some of the highest quality microphones at the time. You can even see Hitler speaking into a Neumann [at the Berlin Olympics] oddly enough. The U47 was designed just after the war by George Neumann. They were these huge bottle condenser microphones. A microphone offers a very low voltage signal so it needs to be amplified. The closer you could put the diaphragm of the mic to the amplifier would reduce the noise and the U47 has it quite close. The valve amplifiers in the original Neumanns are just fantastic and add a beautiful distortion. Distortion isn’t always a bad thing! It has a clear pristine high range. The U47 was also one of the first to put a pattern switch knob on the microphone. 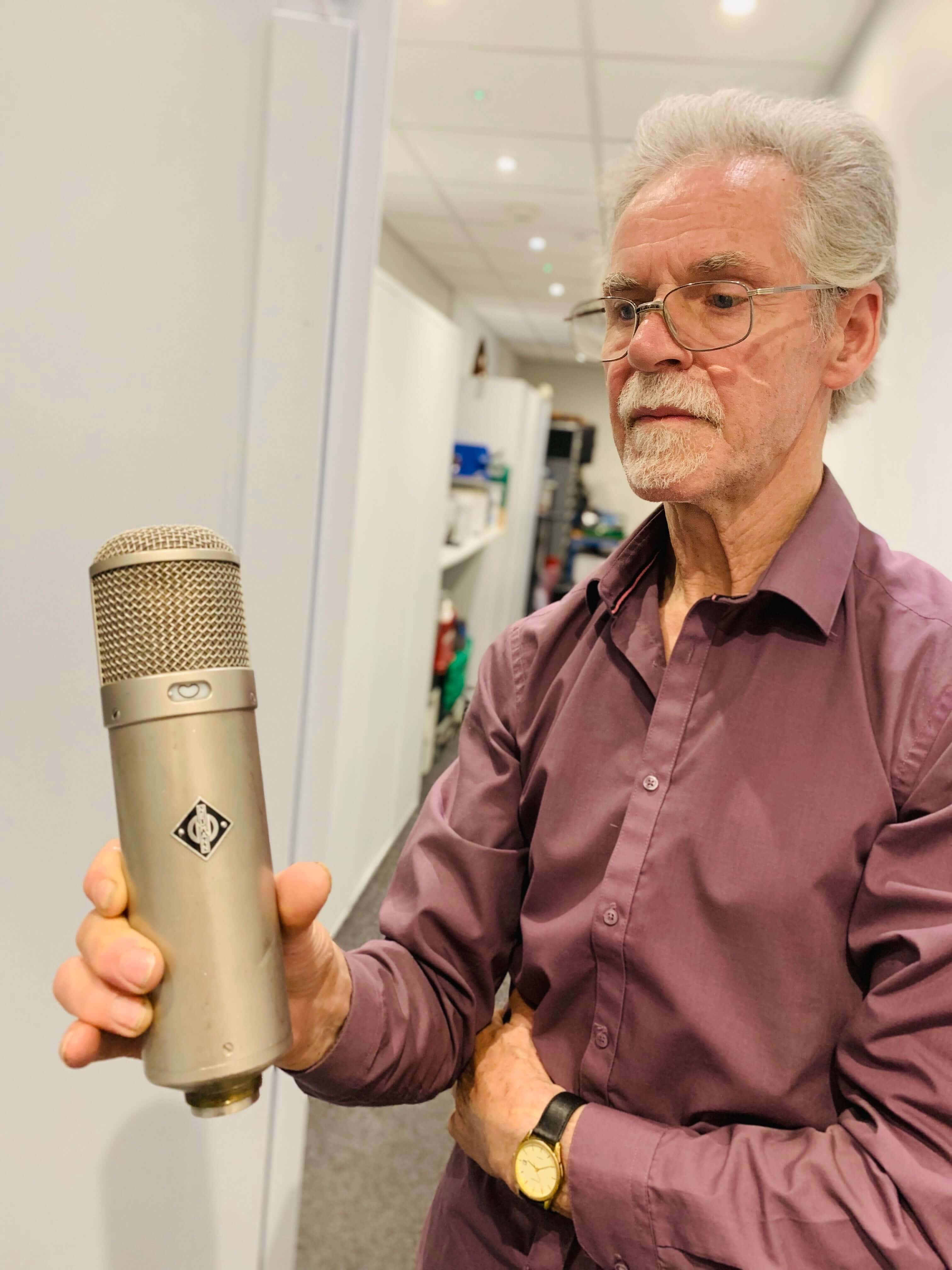 It’s always nice to see top composers. I would peek into Studio Two and see someone like Yehudi Menuhin. I would sometimes be asked to take photos of sessions and end up photographing people like Cliff Richards and Tony Bennett. I have thousands of photos.

What kind of music do you enjoy listening to?

I love pop music from the ’50s and ‘60s. I love The Everly Brothers, Buddy Holly, and Peter, Paul and Mary. I have a large Buddy Holly record collection. When I’m working I enjoy Radio 3 Classical so I can concentrate on repairs. 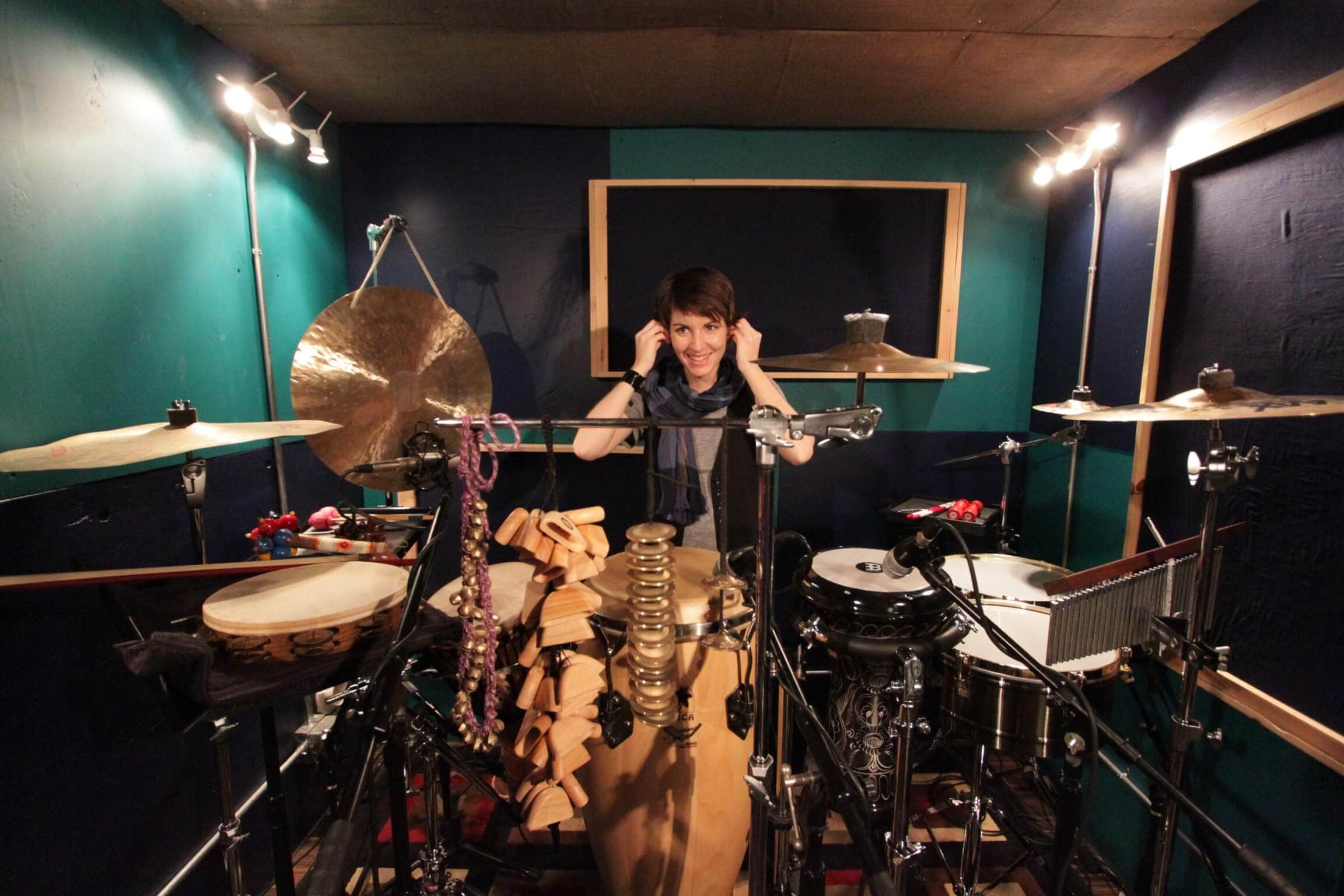 Lauren Kosty is a percussionist based in London. She is currently the percussionist & drummer for UK Best Selling Artist, Russell Watson.  Other recent performance highlights include appearances with the Los Angeles Philharmonic at the Hollywood Bowl, Puff Daddy at the American Music Awards and Cirque Du Soleil live on MTV.

What does Abbey Road Studios mean to you? Have you had any sessions here?

I’m a relative newcomer to London, having hopped the pond from Los Angeles a few years ago.  I’d heard lots about the busy recording schedule in London and of course, Abbey Road was the coveted destination.  I had the opportunity to sit in a session during my first week in the city. Even with a full orchestra of 80 musicians, everything moved like clockwork.  There are a dozen reasons for that, namely great players, great engineers, top-notch facilities & equipment. The studio certainly lived up to its reputation.

Can you tell us about a few recent highlights that were particularly special in your working career?

When I arrived in London I auditioned for a chair as drummer/percussionist for operatic tenor, Russell Watson.  It’s been a pleasure to support Russell in some of the loveliest concert halls in the country, the London Barbican, Manchester Bridgewater, Birmingham Symphony Hall, Cardiff Millennium Centre, Dublin Bord Gáis and Glasgow Royal Concert Hall.

Last year I ticked off another bucket list goal by supporting Clean Bandit at the European Music Awards.  I was part of an all-female drumline that included some of the best female drummers & percussionists in the country. That was a trip!  Especially because we were drumming in 4-inch heels.

In September I’m off to Austria to perform in the opening ceremonies of the International Bruckner Festival.  It’ll be one of my first gigs on the continent! I’m really excited to be a part of this historic festival in the country where classical music was championed.

Who were some of the percussionists that got you interested in the instrument growing up?

I had the privilege to grow up in a city where music was taught in public schools so I played or sang since the age of 6.  Inspiration always came from watching my teachers and peers. I wanted to gain their approval or get the proficiency to play the parts they were playing.  Early on it was marching band and drumline that got my hands in shape. Then I started delving into percussion ensemble music like Steve Reich’s Music for Pieces of Wood or John Cage’s Livingroom Music.  When I got to college, I spent a lot of time playing in orchestras, jazz bands, operas & musicals. Over the years I’ve sought opportunities to perform in groups that were “out of my comfort zone”, that way I have the motivation and targets to improve.  I’ve performed in Arabic ensembles, afro-latin groups, even a Zimbabwean marimba band! There’s always someone new to learn from.

What kind of set up will you have for the Song Production Masterclass in Studio Three?

I’ll bring a variety of instruments that could suit almost any situation.  I want to have the flexibility to come up with ideas on the spot, so having a pallet of sounds to choose from will be key.  I’ll also be sure to speak to our producer, Haydn Bendall about which instruments could lend themselves to the rhythm & colour of the tunes we record.  I love to play groovy stuff on hand drums like djembe, congas & Cajon layered with effects on cymbals, gongs, chimes and bowed vibes. It’ll be an absolute privilege to do all this at Abbey Road with King’s Parade, Haydn Bendall and the stellar team that’s been assembled!

If you are interested in learning how a song is recorded, mixed and mastered to the very highest standard in the world’s most famous studio visit our Song Production Masterclass course page.