Producer and guest lecturer Daniel Boyle has produced and mixed albums for seminal reggae artists such as Max Romeo & Lee ‘Scratch’ Perry. Daniel produced the Grammy Nominated ‘Back On The Controls’ for Lee Perry and has been working in the industry for nearly 20 years. He began his career as an in-house engineer for a large commercial studio before setting up his own Rolling Lion studio where he specialises in analogue mixing and dub remixes. In his lecture, Daniel explains the roots of Dub and performs a live mix on our Custom 75 Neve using some of his favourite outboard gear. 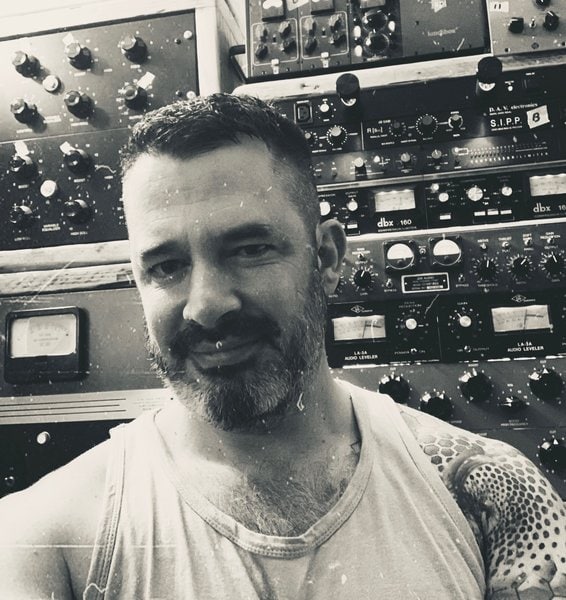 What were the records that first sparked your interest in production?

When I was young my parents had a few Beatles and Stones records, I really enjoyed them. Especially Sgt. Peppers. But soon after, I discovered a few artists that I think have stayed with me ever since. Curtis Mayfield, the Doors, James Brown, Bob Marley, and King Tubby. It was this group of artists that really interested me, from the incredibly smooth and warm Curtis Mayfield recordings to the crazy dub effects on Tubby’s music. The latter of which I had no idea as to what was making them! It wasn’t a guitar or drum kit or something recognisable, but it sounded amazing! I later learned it was the engineer on the console manipulating effects. That sparked a lifelong interest in how that was done!

Tell us about some early jobs you had in the studio world. What are some things you found that helped your career progress?

My first job was as an in-house engineer for a residential studio. I was doing all sorts of music from rock to bagpipe bands (yes really!). Pretty early on I realised it wasn’t about how many engineering tricks you knew, or later, how many Pro Tools tricks. My experience showed me that It was ALL about EQ. As in Emotional Quota / emotional intelligence. The ability to understand what other humans wanted and understand how to transmit your personality to mediate and build relationships and drive a successful session. This was key in the engineering world for me and served me well. 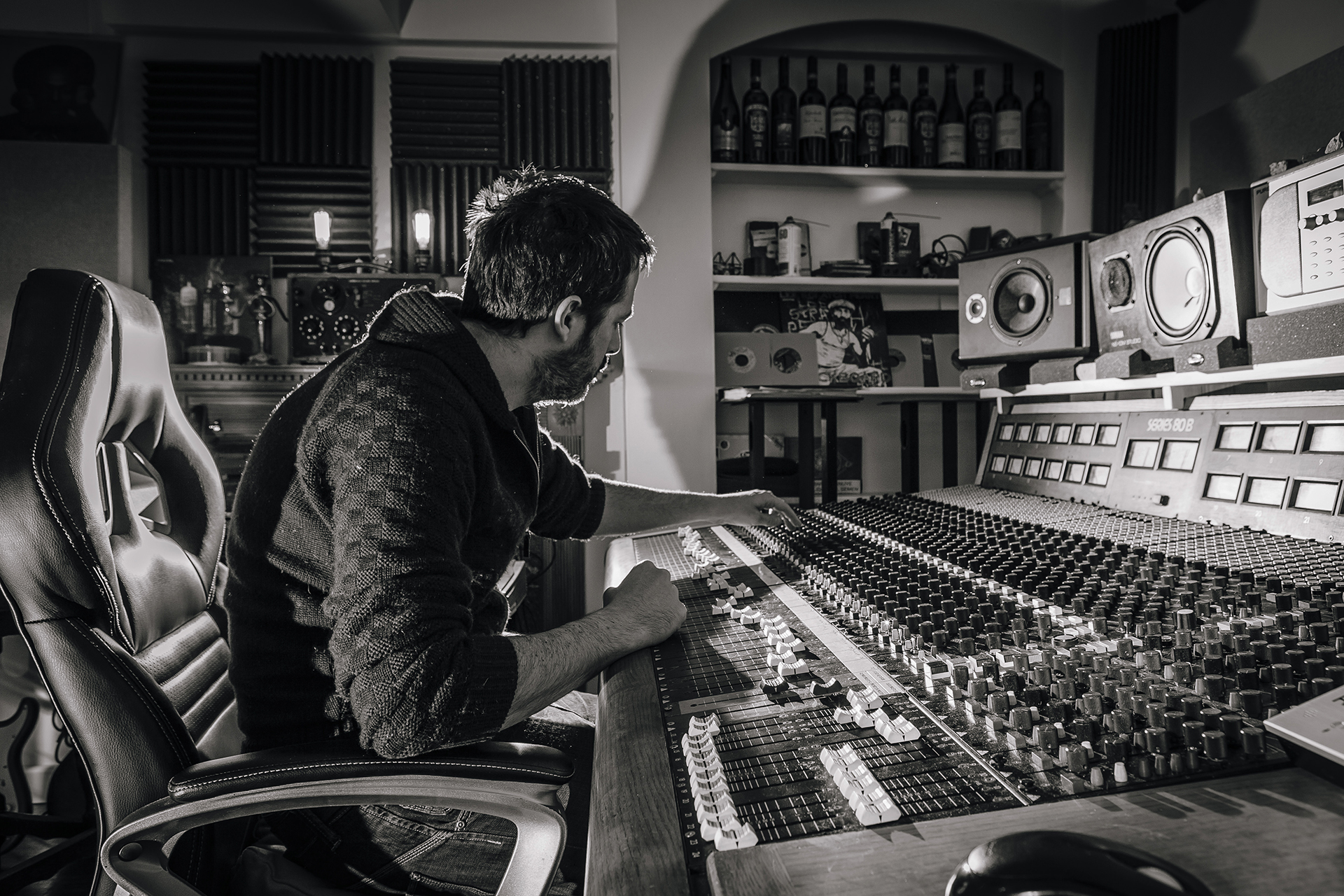 What are some of your favourite pieces of analogue gear?

My Custom SSL 6k G+. It’s my baby! Closely followed by pieces that have a unique sound. My Gates SA-39B compressor, mutron biphase, altec and cinema engineering filters, my Ursa Major reverb and delay units. This equipment helps to shape my sound. And you can’t imitate it.

You have a professed love of vintage gear, do you think it’s possible to recreate digitally or something is missing?

For me, plug-ins are great for some things, gates, surgical eq, limiters…but I couldn’t do what “I” do in the box. It’s not possible. You can replicate ITB (in the box) sonically, almost but it isn’t the real thing. The main issue is you can’t replicate the process, the live performance mixing. Almost 100% of my mixing clients have come to me for an on the console (mostly) analogue mix. I use ‘tools’ so am hybrid. They come for a mix shaped by my outboard and ‘my sound’ or Dub versions made with my collection of effects. There are plenty of super talented people who produce amazing music with the same kind of depth, space, vintage sounds with plugins. Finneas O’Connell (Billy Eilish’s brother/producer) makes awesome music. It’s done ITB with a lot of stock plugins. It’s possible to make amazing music on any platform now, but for Dub and the vintage sounds needed for a proper original roots/reggae live performance dub mix, plug-ins alone are certainly missing something.

What are some of your favourite all-time dub/reggae albums/singles?

These albums have stayed the test of time and are just simply amazing in my eyes. I’ve been blessed to work with most of these guys. This would be a great intro into reggae and dub! I suggest you listen to them all… genuinely! Take the time to do so 🙂

What were sessions like for The Black album? Any takeaways from working with Lee “Scratch” Perry.

The Black album was much more like modern production. I split various duties across studios and used remote recording too. For example, the rhythm tracks we did in three days at RAK. This provided the basis of the songs for me to take away and work on, and also defined the tight 80’s room sound the album has. I then went back to my own SSL room to edit and add various elements, guitars, percussion.  I booked Abbey Road Studio Three for the vocal session and Lee flew in and we nailed it in one night through the TG console using the Aretha RCA 44BX mic and a Fairchild compressor. It sounded great!

Working with Lee isn’t without its perils! So many crazy things have occurred over the years. From Lee nailing a small tree to the wall of my studio, to him coaxing one of my cats into the vocal booth and singing about him on the record while talking to him in meows! Listen to the album ‘Back on the Controls’ and hear Lee sing to my cat while speaking cat!!

Tell us about some of the highlights and projects that were particularly enjoyable…rewarding…or challenging throughout your career?

Where to start! Meeting Lee Perry and working with him on what’s now almost 50 individual tracks released on various albums/ep’s/ singles, all Vinyl; has to be a lifetime highlight. He was the very man who was responsible for so much amazing music from Bob Marley to Dub. This has to be my career highlight to date. Lee is now a performance artist. Part reggae Salvador Dali, part musical Picasso. Having a chance to be the producer on those sessions that reached Grammy level has been a milestone for me. Then working with Max Romeo, an artist I grew up listening to. I got a chance to travel to Jamaica to produce an EP for him, which lead to the album Horror Zone a few years later.

What are your recommendations for new budding producers looking to set up and run their own studio like your Rolling Lion studios?

Ha! It’s a hard process. But hone your skills with what you have. You don’t need much if you’re good. I’ll cite Billy Eilish and Finneas again here, Apollo interface, TLM Mic and Logic….that’s it, and they have a world-class sound. My studio now has become private. It’s for me to do my own productions. However, I am lucky in that I get a lot of mixing requests as I’m always open to doing mixing the old way. If someone decides their project would benefit from that! But again, to do what I do, I need a console and outboard. So it’s necessary.

Starting today in any other genre, this amount of gear isn’t necessary. Hone your skills and work on a “sound” of your own. I have always felt if you can create something different from the norm, you are doing the right thing. Innovate not imitate. And you can do that with a £200 interface and £50 mic, as much as you can with Fairchild EQ and a large format SSL!

What are you up to for the rest of the year?

I’m restoring a property in Italy to move the studio to, down south in Puglia which will be a hotel with an onsite studio. Musically I’m pretty busy with mixing for clients which is great! I’m also working on a triptych of Dub albums. Re-working the multi-tracks of Max Romeos “Horror Zone” album I produced and “The Black Album” into brand new dub albums, with Lee featuring on some new vocals.

If you’ve enjoyed reading about Dub Mixing, check out our blog about our recording workshop in Studio One with CHIC Organisation’s Jerry Barnes.