A Day in Studio Three

From Amy Winehouse to Brockhampton, Studio Three has been home to some of the most exciting and innovative recording sessions. Last Friday our new March class got the opportunity to see Studio Three firsthand for their masterclass recording session. Musical act Swanie featuring, alumni Claudio Cignitti, came in to record their new single ‘Falling Star’ with programme director Carlos Lellis producing the session. 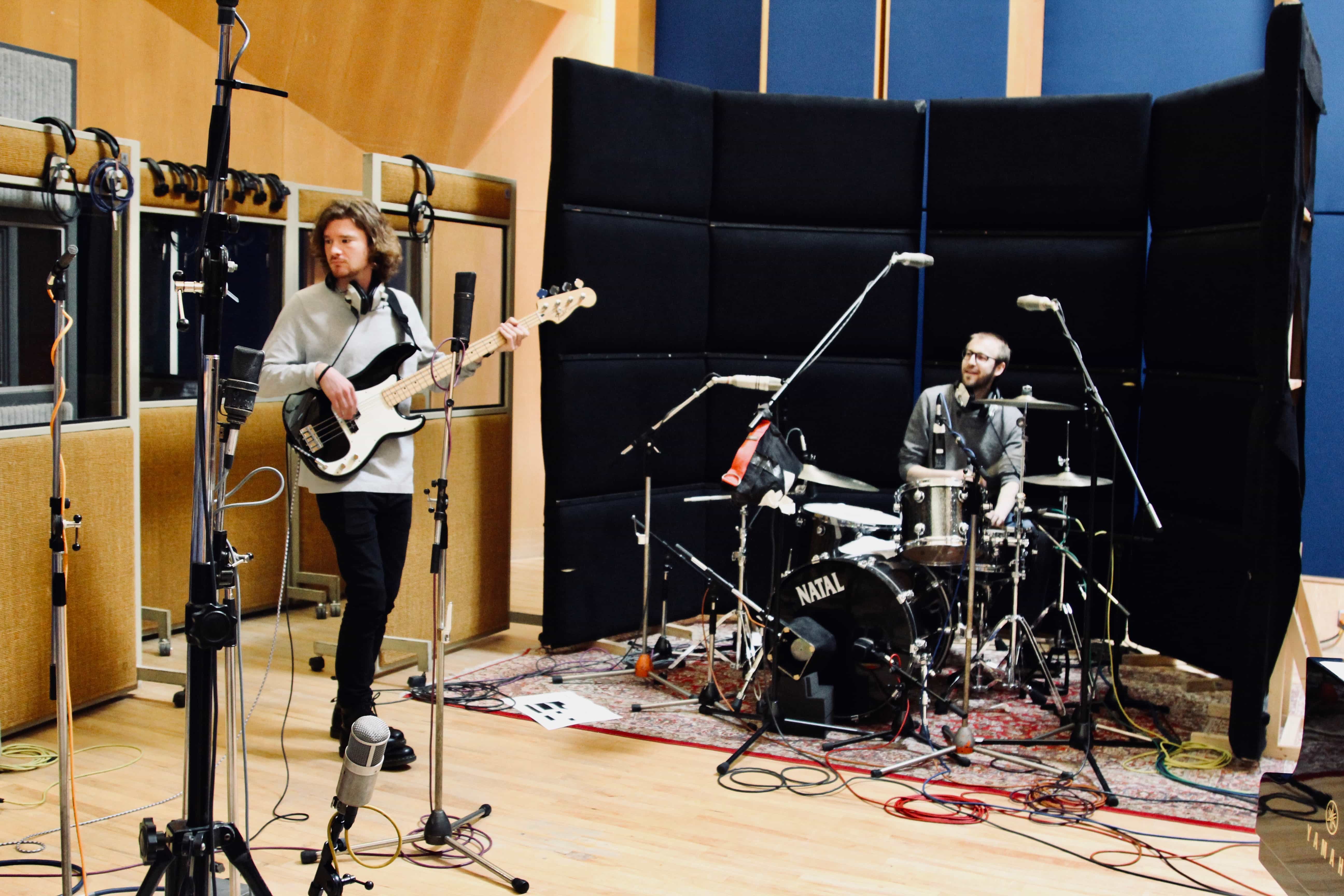 The session was a great opportunity for the students to experience a professional work day in a world-class recording facility.  Two students from the September class Liam and Boris, lent a hand by performing bass and drums on the track. It was a great chance for them to perform in the very room that Nile Rogers, The 1975 and Florence & The Machine have recently laid down classic tracks.  Student James Davies handled Pro Tools while Leo Clayton helped arrange and conduct strings. Bandmembers Claudio and Flaminia created a basic string arrangement that Leo, a composer himself, helped contribute to. A string quartet was brought in for a unique recording experience.  Once everything was set up the students carefully examined the microphone placements for the strings, drums, and guitar amplifiers. Later in the day, students Raphael Slater and Johnny Jacobson got an opportunity to track guitar ideas in the live room.

Student Boris said ‘it was an amazing experience to play the drums in that room.  Working under pressure showed me what it’s like to be a proper session musician. Session work is something I aspire to do so it really was a great chance for me.  We began the day listening to the demo and Liam and I tracked over it. Claudio wanted it to be as loose and fun as possible. Carlos was producing and made sure the drums and bass Locked in together.  Swanie band member Flaminia also contributed a lot of creative input. It was a team effort.’ Liam and Boris nailed the parts and even added additional Udu drums to the percussion part. 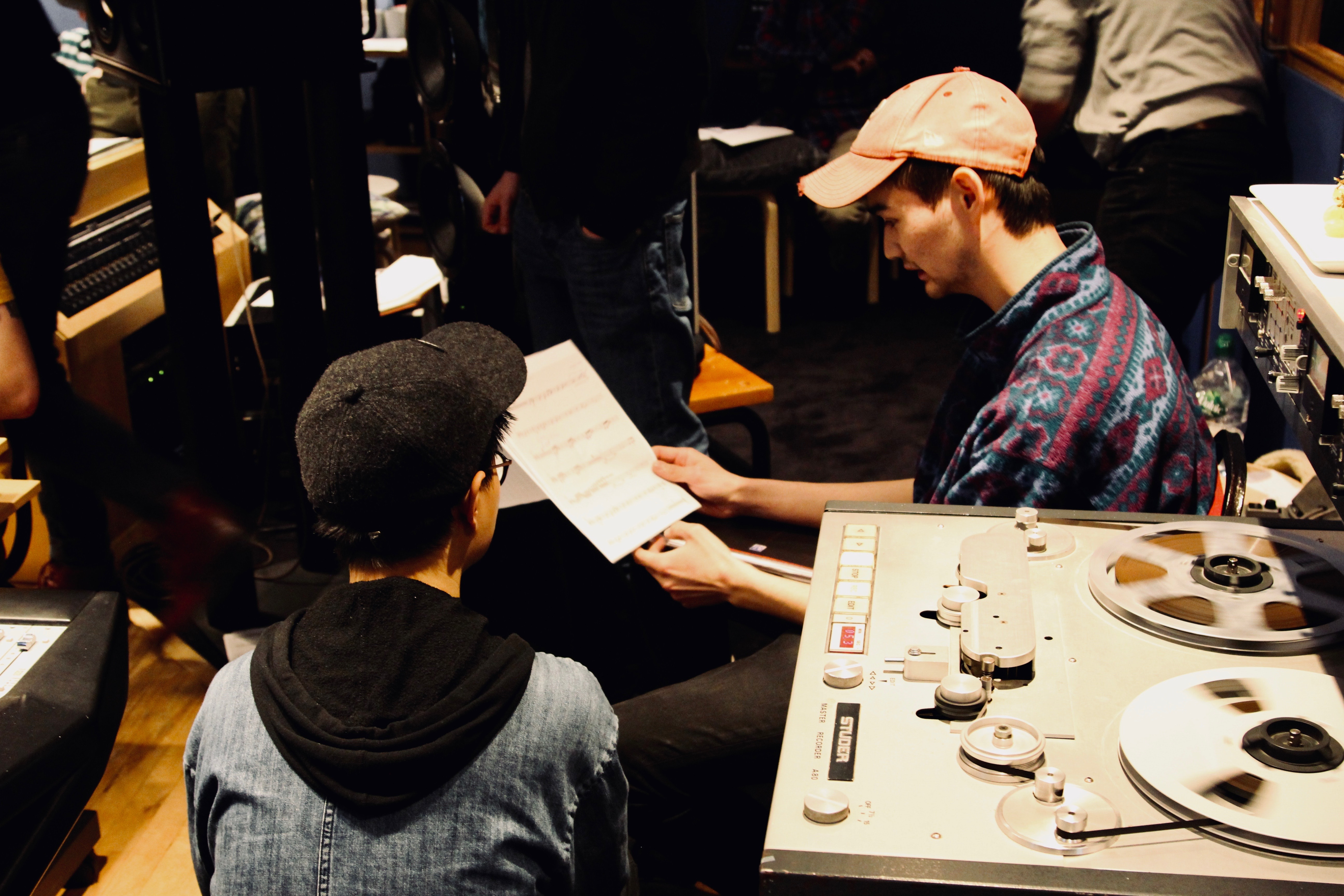 Experimentation in the studio

Being in such a great studio allows for some interesting experimentation.  Abbey Road’s reverb plates can be utilised by sending the audio signal in the studio up to the reverb plates housed upstairs. A lush, warm plate gave the lead vocals just what they needed. Additionally, the students got to learn the ADT technique that Abbey Road invented back in the ’60s by engineer Ken Townsend.  Originally created to allow John Lennon to double his vocals without performing twice, ADT creates a tape delay of an audio signal by sending it to a tape machine. Luckily, Studio Three has original Studer tape machines to get the effect just right.

Our student James explained the session gave him ‘the ability to learn the workflow that is brought to Abbey Road sessions. They get things done really efficiently and I picked up some tips from Abbey Road in-house assistant engineer Stefano Civetta.’ Stefano has worked on some of the biggest Hollywood films including The Hobbit: The Battle of the Five Armies, Guardians Of The Galaxy 2 and Avengers: Age Of Ultron. 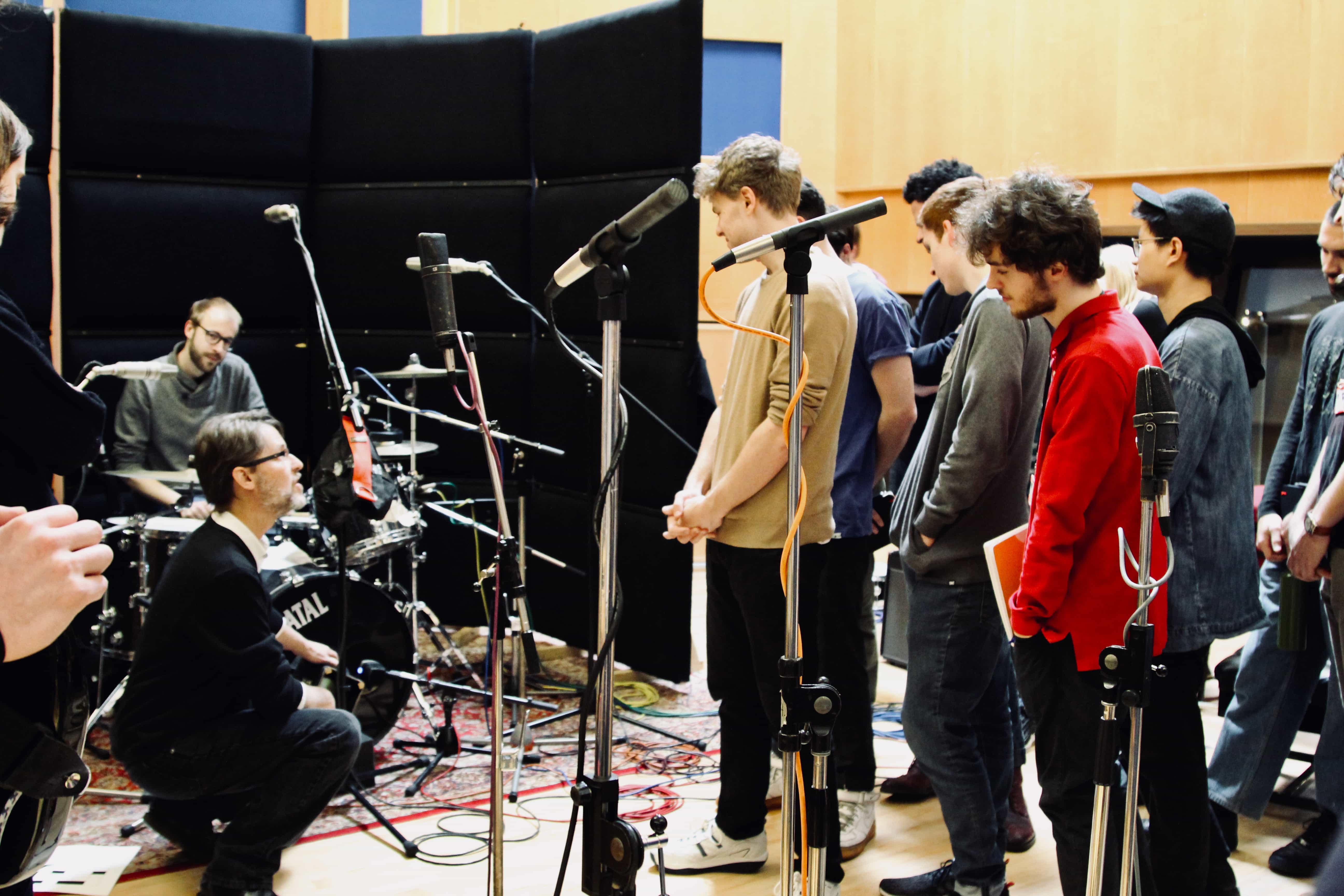 By the end of the day, the demo Swanie started with evolved into an exciting new single.  The students were able to collaborate in the studio both in the live room and in the control room.  From performing, operating Pro Tools, and observing production techniques, the eventful day was packed with learning opportunities.

To read more about our student experience and the technical skills they learn, read our blog on the S6 HERE

Meet Music Business lecturer Yannis Iliopoulos
Joining forces with Royal Northern College of Music in Studio Two
Categories
Book A Tour
Fill out the form below to visit our campus and studios.
Recent posts
06/12/2021
Scoring films with Spitfire Audio's library and Abbey Road One
Read article
19/11/2021
Dolby Atmos | Everything You Always Wanted To Know
Read article
10/11/2021
Abbey Road Amplify: How To Build Your Career As A Producer Or Engineer 🎥
Read article