In August we’re launching our first Song Production Masterclass in Abbey Road’s Studio Three.  Following up on our conversations with producer Haydn Bendall and mastering engineer Christian Wright we caught up with other key members of the creative team. Meet string arranger Audrey Riley and the band The Kings Parade. 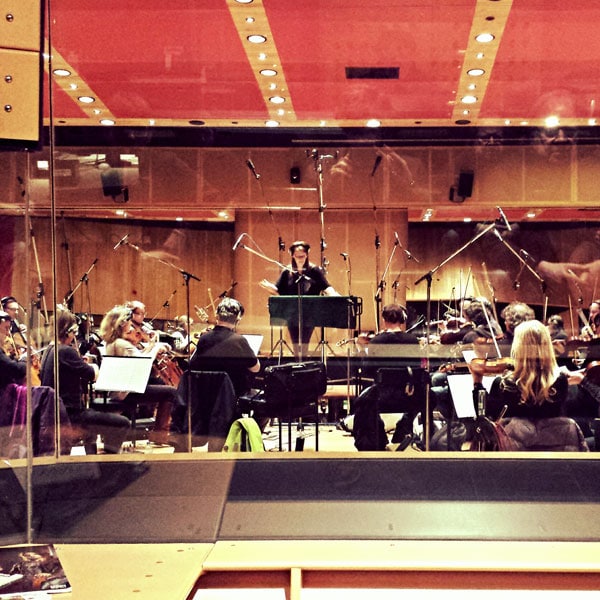 We are bringing world-class string arranger Audrey Riley in to arrange the string quartet on Kings Parade’s track. Audrey is an accomplished cellist, composer, arranger and conductor. Over her three-decade career, she has crossed over from traditional pop to experimental contemporary music. Audrey has arranged music in the studio for some of the world’s biggest artists.

You’ve worked with some of the biggest bands in the world including Coldplay, Muse and the Foo Fighters. Tell us what it’s like to collaborate with bands and the kind of directions you receive from them?

Sometimes bands will just say strings would sound great on this and I will have the freedom to write a part that works.  Sometimes bands are very clear and specific on the part and will strictly ask if I can orchestrate for the band. It really can be everything and anything.

Can you speak of some memorable sessions?

Dave Mathews solo LP Some Devil was such a memorable project.  There was a combination of a great producer with great engineers and fantastic performers. Everything came into place. Similarly, big sessions with Muse, Coldplay and Smashing Pumpkins were all like that as well. I also enjoy working with small groups just starting out.

What style of composing do you most enjoy?

I have quite eclectic taste. From very experimental avant-garde cello music all the way to pop. I think they all live in the same place.  Overall though I tend to work in the ‘indie-rock’ based world for arranging.

How do you feel about the practice and playing?

Practice and playing are two different things. I learned that eventually. I’d play for four hours in my bedroom and then go to lessons and think why does this not sound as good as in my bedroom? It’s because I wasn’t practising in my bedroom I was just playing for fun. When I was a child I use to ‘play’ not practice. I’ve learnt that you have to save for the performance.  It was in college that I practised because I had to. When I grew up I realised there are only so many hours you have. That said, all the years playing for fun as a kid wasn’t wasted because the more you play the farther you’ll get. I still play the cello for fun after all these years.

It’s such a great studio.  I’ve recorded some fantastic things there. It has its own sound and you can hear it in the recordings. You go there because you want that sound. The engineers do such a great job there as well.  You know what you’re going to get which is so important in this industry. You have to get the job done and it has to be professional and Abbey Road delivers that.

The Kings Parade are a London-based soul-influenced rock band on the rise. The band formed at the University of York while studying Music Technology. Their music is a blend of both pop-rock with a soul and R&B tinge. We caught up with lead vocalist and guitarist Olly Corpe. 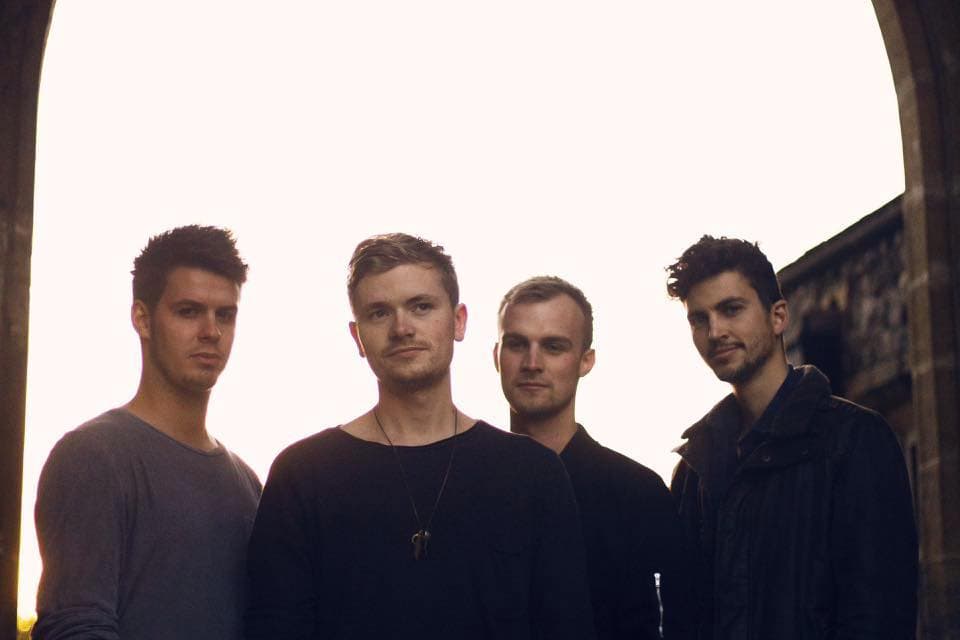 What were some of your inspirations growing up?

‘My mum was a Beatles, Led Zeppelin and Queen fan. My dad was into his jazz & blues so he was listening to Ray Charles, Aretha Franklin, Nina Simone etc. In-between this I was listening to the Red Hot Chili Peppers and Jeff Buckley. So, it’s fair to say, I was exposed to a fairly broad selection.

How did the band form?

We met at University in York and decided to move to London to form the band. To save up some money for the move, we decided to apply to be a house band on a cruise ship and eventually managed to secure a contract for 3 months going from Vancouver to Alaska and California to Hawaii. We played every night and even squeezed in some writing in between shows. At the end of the contract, we all moved in together in North London and pursued the band.

Tell us about the song you’ve chosen to record for the session?

We’ve always wanted to record at Abbey Road; and when we found out we would have the opportunity to, we all agreed it had to be a song called ‘Dig Deep’. It’s a song we often play as an encore and have done for the past few years. Our fans have become very familiar with it and we’ll always have a few people asking us if we’ve recorded it after the show. It’s a song that seems to encapsulate our sound and the work we’ve put into the band. It has an anthemic feel to it and for that reason, we’ve been waiting for the right time and place to record it. With the help of Abbey Road’s incredible producers, mixing and mastering engineers, as well as the chance to work with a full string section – we’re finally going to be able to make the recording this track deserves.

What can we expect from you guys in the next year?

We’ve got a very busy and exciting year ahead. After releasing a few EPs over the last few years, we’ve decided it’s about time we write an album. As much as we’ve loved the process, we’ve always struggled to express ourselves properly on EPs. It feels too short-lived and we like the idea of the listener discovering our sound over more than 4 tracks. With a very special show planned in November for the release of the first single, we’ll be in and out of the studio in the next few months preparing for a string of releases before the LP in 2020.

If you would like to spend four days inside the world’s most famous recording studio learning from professionals at the very top of their game, then our Song Production Masterclass will be for you.