This summer we held our inaugural Song Production Masterclass. Over four days at Abbey Road Studios, Haydn Bendall (Kate Bush, XTC) produced an epic session with up and coming indie band The Kings Parade. Audrey Riley arranged and performed strings with her quartet, percussion was courtesy of Lauren Kosty, and the song was mastered by Abbey Road Mastering Engineer Christian Wright (Ed Sheeran, Radiohead). The masterclass provided attendees with an exhilarating insight into how a professional session runs in a world-class studio facility. Maisie Richards, Max Reece and Mia Pappas who attended the masterclass reflect on their main takeaways below. 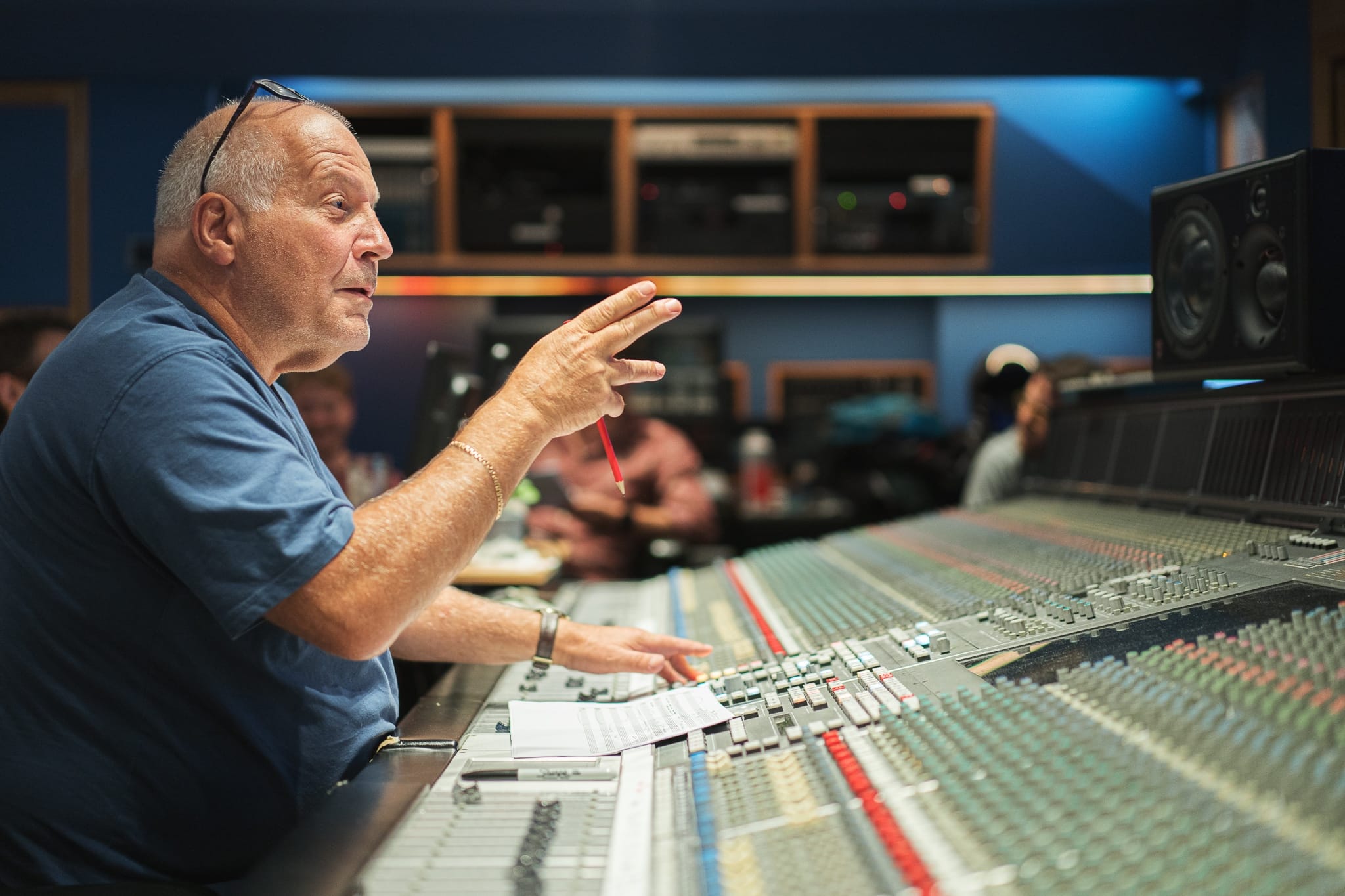 1. Producer and Artist Communication is Key

The session kicked off with The Kings Parade arriving early to discuss the plan of action with producer Haydn Bendall. After listening to the demo Haydn shared his thoughts on the arrangement and structure. The song “Dig Deep” was one of the bands personal favourites and the final track in their setlist so Haydn was aware that he needed to be sensitive when suggesting how the track could be improved. Masterclass attendee Maisie Richards explains ‘I learnt that the relationship between artists and producers is one of the most important things about the recording session. If there isn’t a good relationship between both producer and artist, the resulting recording is at risk of feeling strained. Haydn reinforced, ‘the musicians are your greatest friends’ which is very true! without them, you would have no recording.’ Compromises were made on both sides and the class saw how a producer picks and chooses when to approach delicate matters. 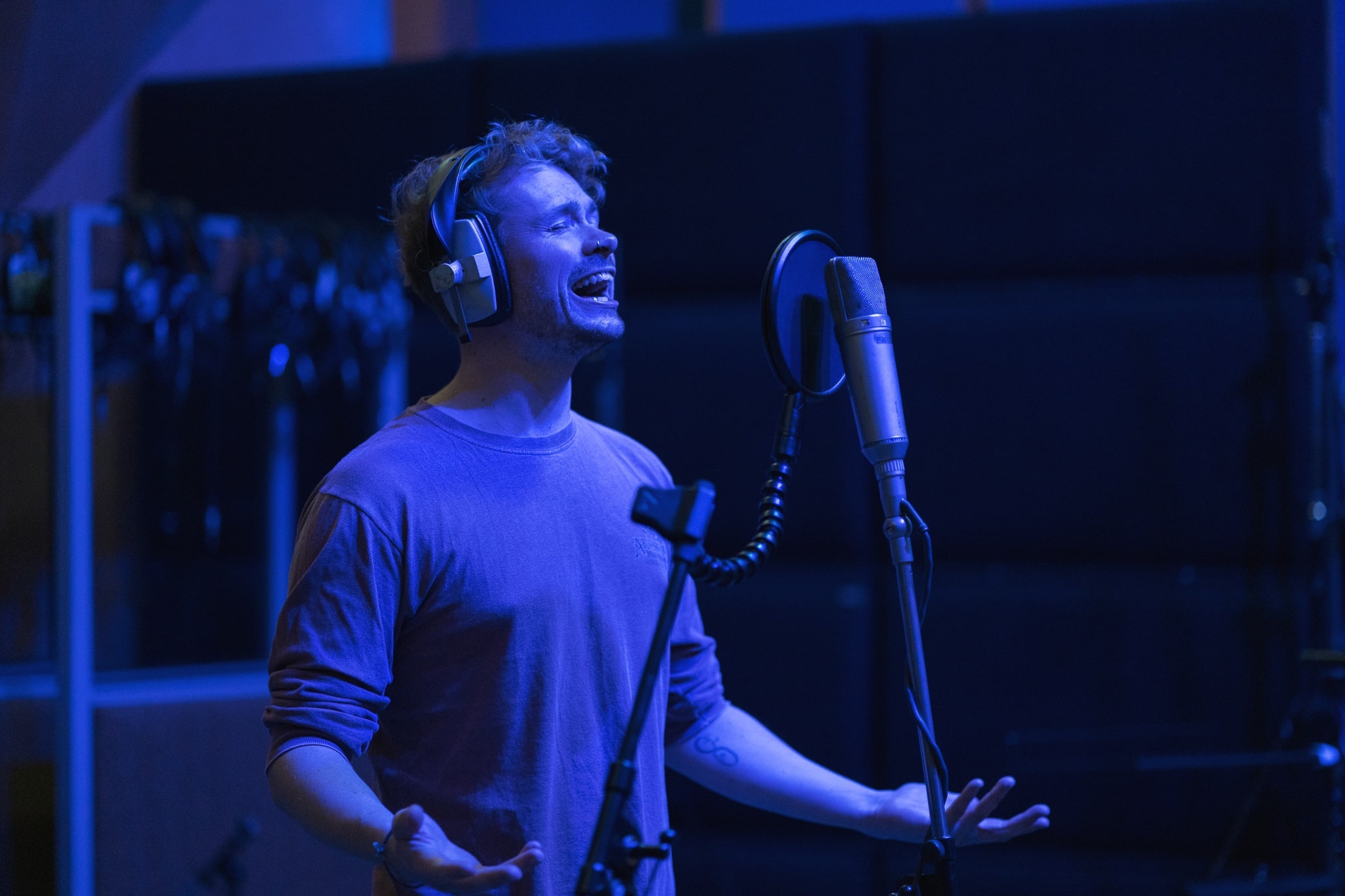 2.Learn From Both Professionals and Your Peers

A unique aspect of the masterclass was the access to top professionals who were able to offer their advice to the group. Maisie enjoyed picking Haydn’s brain for production tips. She explained ‘I really enjoyed working so closely with Haydn. Going back and forth and debating different elements of recording was valuable. Seeing the recording evolve was such a highlight.’ Another attendee Max enjoyed learning from not only the instructors but his fellow attendees. He explains ‘it was great to learn from other attendees who had studio experiences. Everyone was happy to share with one another.’

Cellist, conductor and arranger Audrey Riley arrived with her string quartet on day two, following a full day of the band laying down a basic track consisting of drums, bass, guitar and piano. She discussed the changes the band had made to the demo and after a few hours had an arrangement ready to go. Mia explains ‘I loved seeing the string parts being arranged. It was fascinating and sounded so great in Studio Three.’ Following Audrey was percussionist Lauren Kosty who arrived with a literal truckload of percussion. The class came into the live room to see what tubular bells and gongs sounded like in Studio Three. Maisie describes ‘Recording the strings and listening to the arrangement really was something incredible and rare to witness. Audrey is a true professional and worked under such a tight deadline and created such beautiful parts! I particularly enjoyed watching the process of recording the more ambient/avant-garde approach to the strings arrangement (featuring string scratches, bowing and ‘seagulls’) – that really was something to behold which you never normally see during a standard recording session.’ 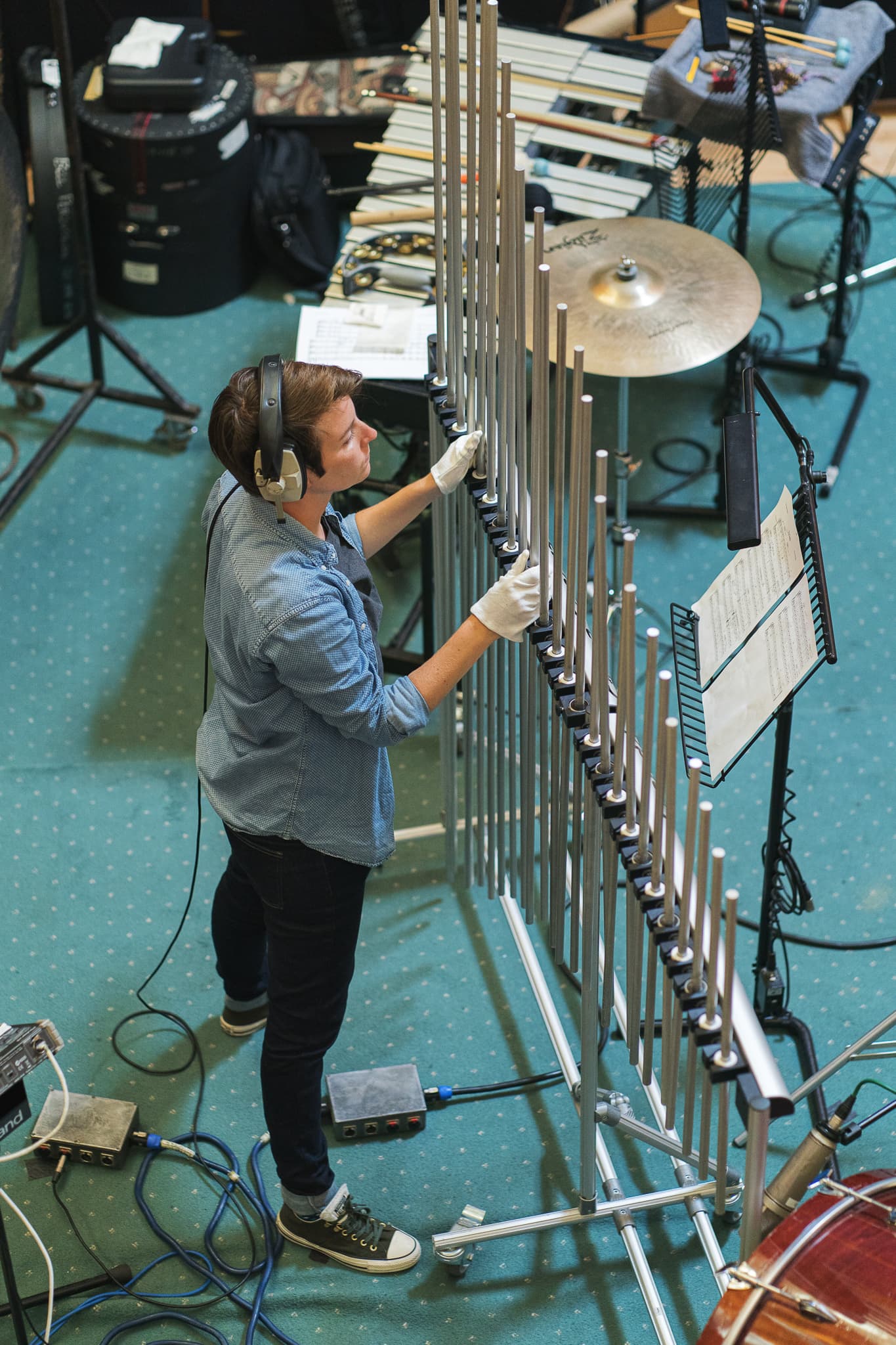 4. How To Shape a Mix and Master

The final two days were dedicated to crafting a mix and mastering the song. Haydn, who works extensively in the box, showed the students some of his favourite plugins and techniques. Max explained that ‘I learned so much on the mixing day. Haydn did a great effect where he sent the delayed vocal sound to a reverb and it worked so well.’ Once a mix was ready it was sent to Abbey Road Studios mastering engineer Christian Wright who demonstrated his workflow and techniques to the students as his mastered the song. Christian began the process by showing how mastering room five provides a perfect environment to make sonic decisions about a mix. Attendees also got a first-hand look at the vintage EMI gear and the vinyl cutting lathe that has been used to master albums at Abbey Road for decades. The class analysed the song as Christian applied EQ and limiting to compliment the mix and by the end of Sunday, a master was delivered as Haydn for final playback and approval. 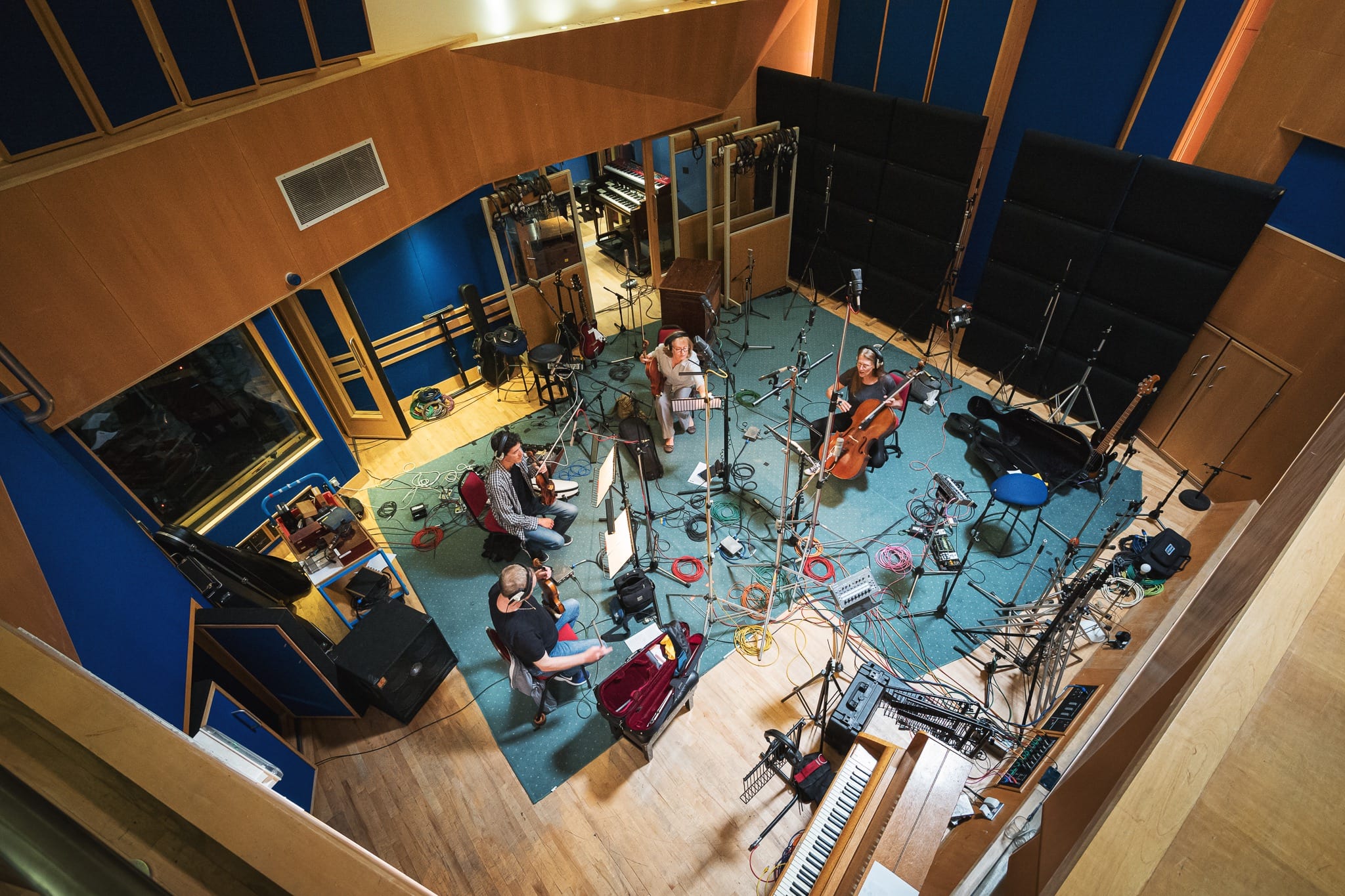 5. How to Apply the Techniques and Tips you Learn To Your Own Sessions

A memorable weekend concluded with a photo on the famous steps of Abbey Road. Mia was thrilled ‘It was such a great opportunity to see the studios. Being able to shadow people who have worked with such amazing artists was valuable.’ Attendees will take home not only the experience of an Abbey Road Studios session but techniques to use in future recordings.  Maisie has already been able to put what she learned to good use ‘I’ve already started using various mic techniques that I learnt from the sessions in my own studio, also approaching recording sessions in a different manner/light with the knowledge that I gained from the Masterclass.’

The masterclass let attendees see how professionals navigate through a session while getting the unique opportunity to see behind the curtain at Abbey Road Studios.

To read more details about the Song Production Masterclass and register interest for next year.