The Decca tree in action in Studio Two

Our music production students had the unique opportunity on Monday to spend the day recording in the famous Studio Two at Abbey Road with the Royal College of Music’s Chloé Piano Trio, comprised of George Todica (piano), Maria Gîlicel (violin), Jobine Siekman (cello). Grammy-winning producer and engineer Stephen Johns and John Dunkerley demonstrated the techniques and approaches to recording they’ve gathered over a combined 60 years of experience. 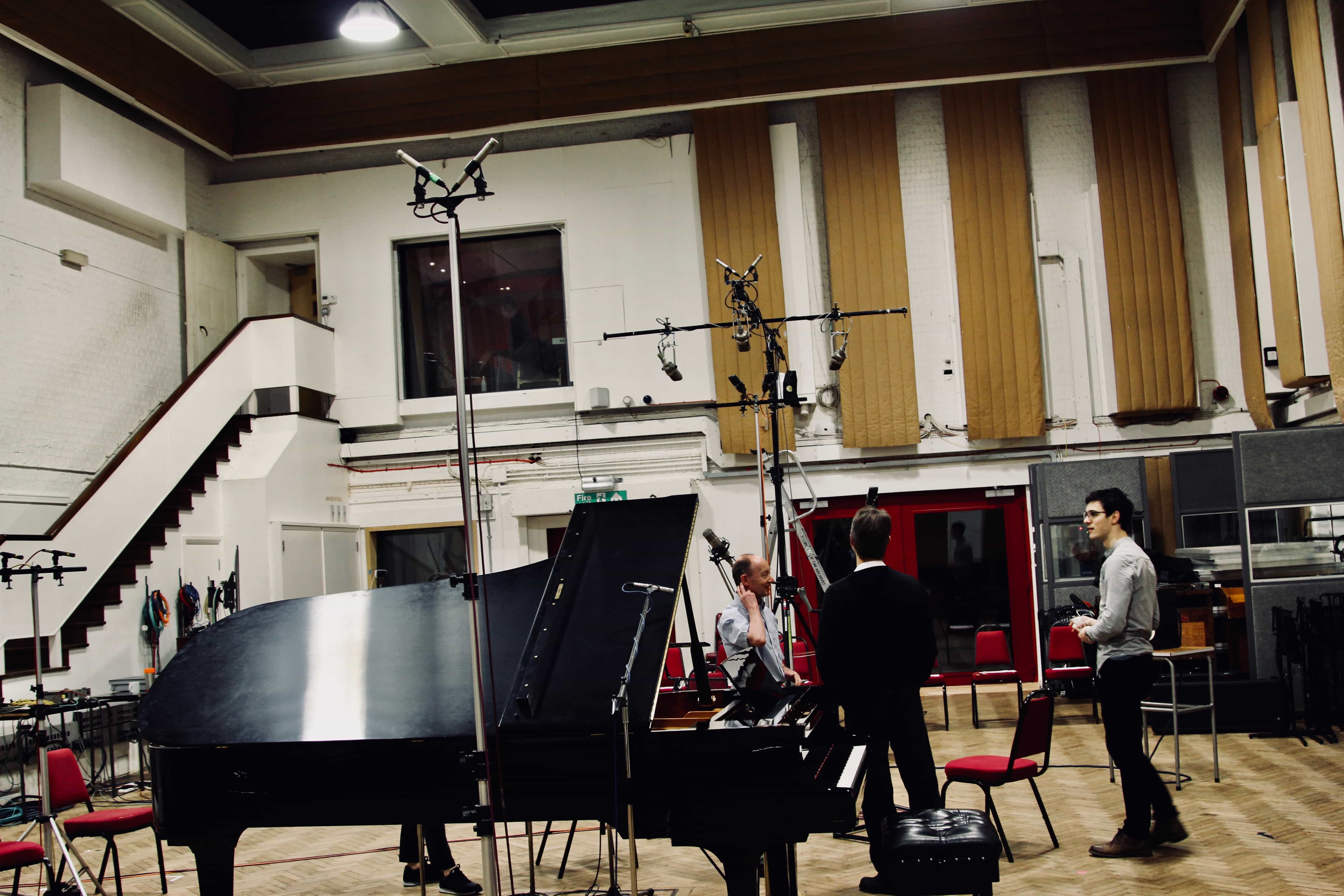 John Dunkerley arrived early to set up the famous Decca tree microphone formation. John knows a thing or two about the Decca Tree as he was trained by the Decca engineers that invented it. John has been recording world-class performers (Pavarotti, Karajan) for over 30 years and the students were eager to learn his secrets.  The Decca Tree is a stereo mic formation made up of three omnidirectional microphones laid out in a triangular formation to capture strings immaculately.  We were fortunate to have plenty of Neumann M-50’s on hand to pick from Abbey Road’s one of a kind collection to get things sounding just right. 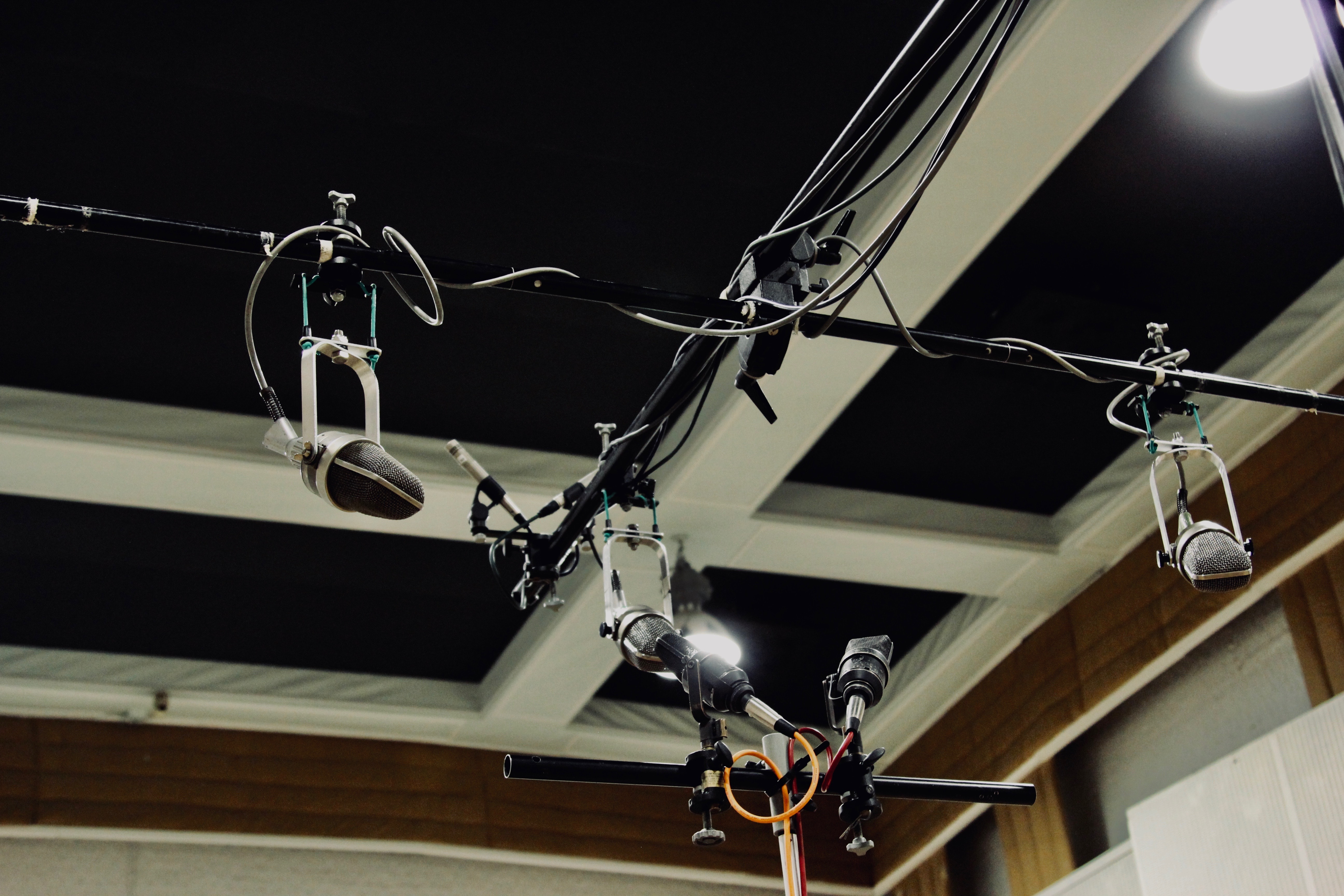 Our students had a front row seat as they sat in the live room as Stephen Johns spoke with the performers about the piece they would be performing, Clara Schumann’s “Piano Trio in G Minor”.  The timing couldn’t be more perfect as we celebrate the 200th anniversary of the composer’s birth. 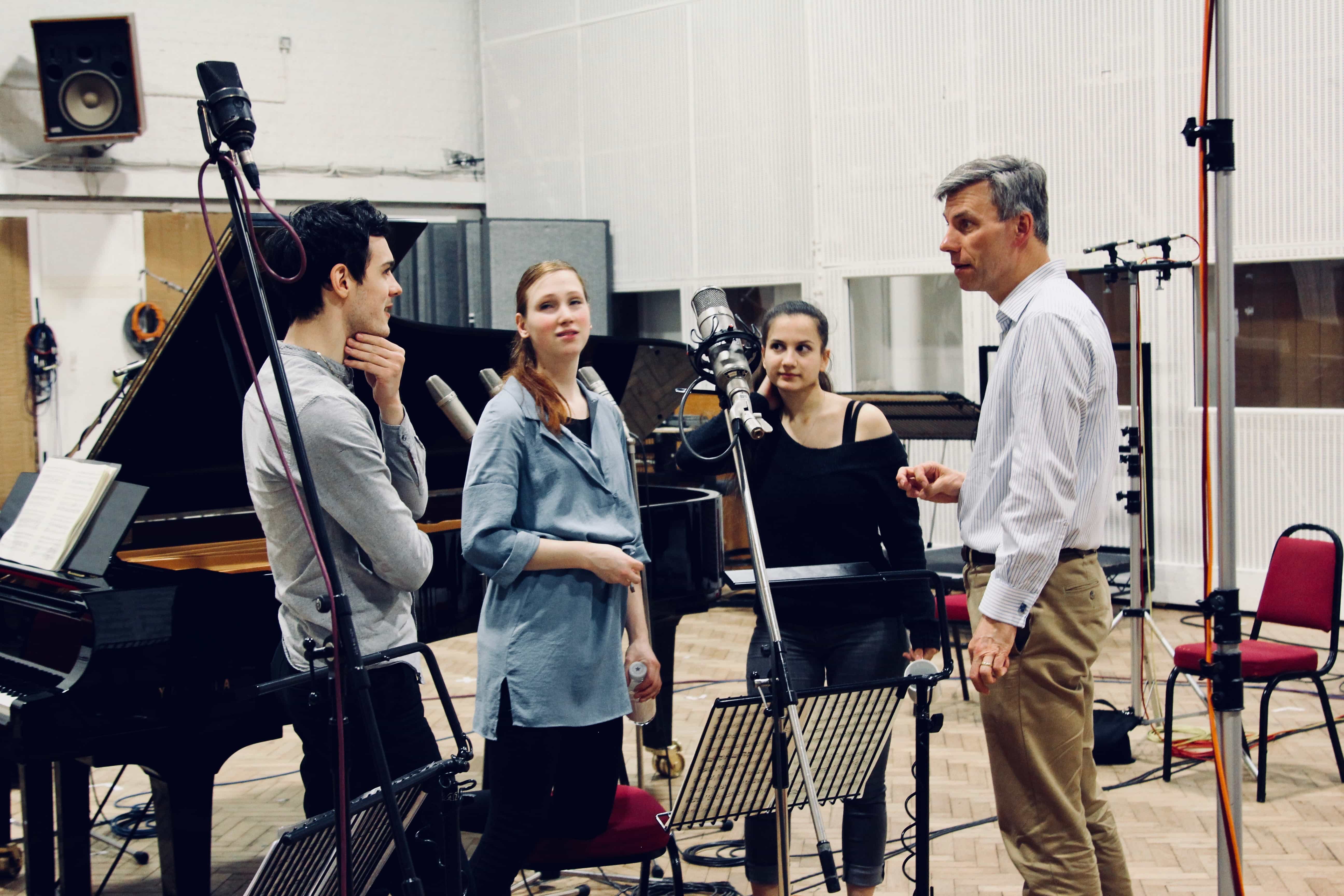 Ed, a current music production student said “it was amazing watching John’s ‘Jedi’ tricks and how he captured the room so well with his mic placement.  It sounded fantastic”  The students moved between the live room and the control room throughout the session to hear things from the engineer’s perspective.  It’s not every day you get to see the AMS Neve 88RS in action so the students were keen to observe and learn. 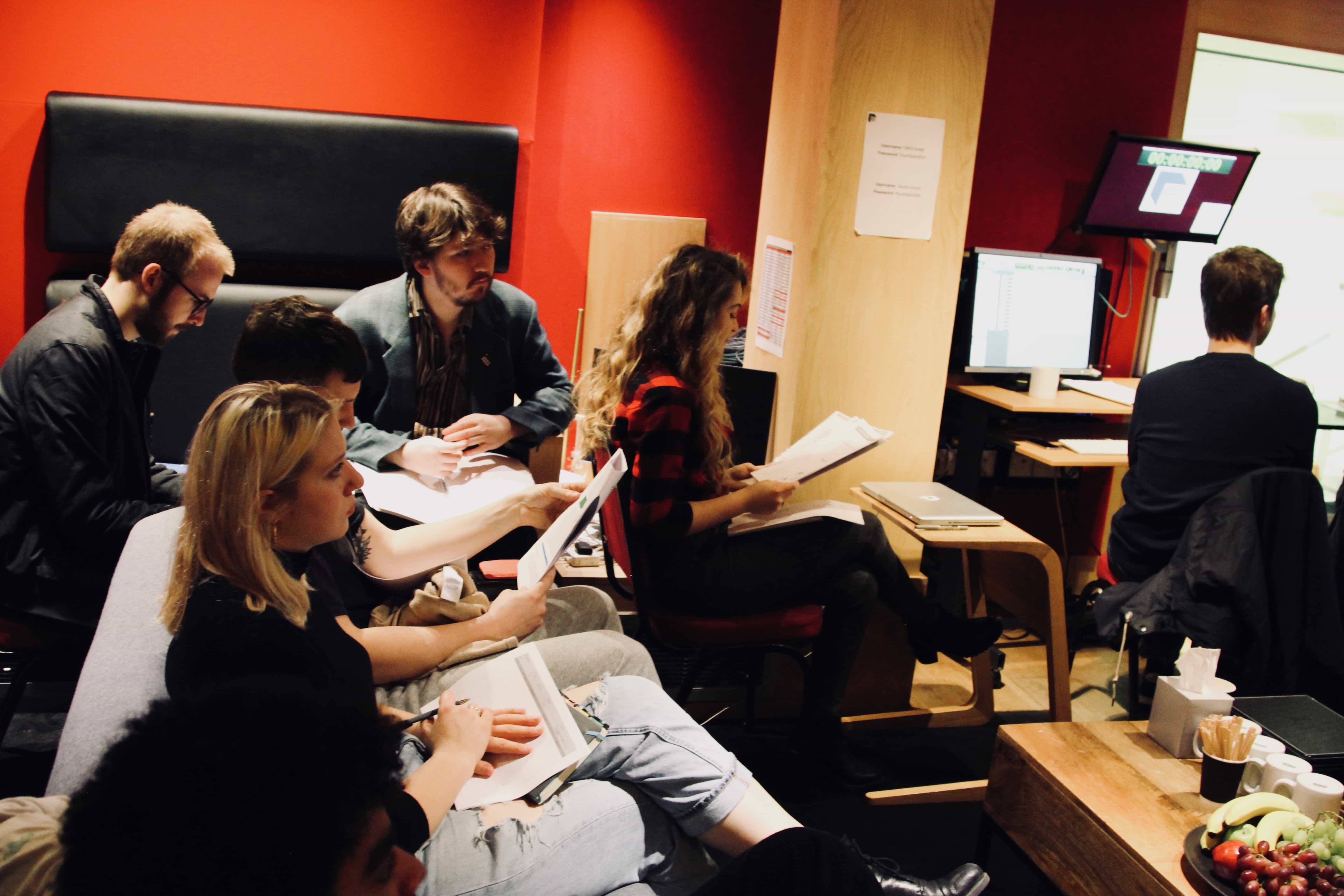 The recording was a huge success that left both the performers and students thrilled with their day at Abbey Road.  Once again, the magic of Studio Two was captured on record. Now time for the students to get mixing! 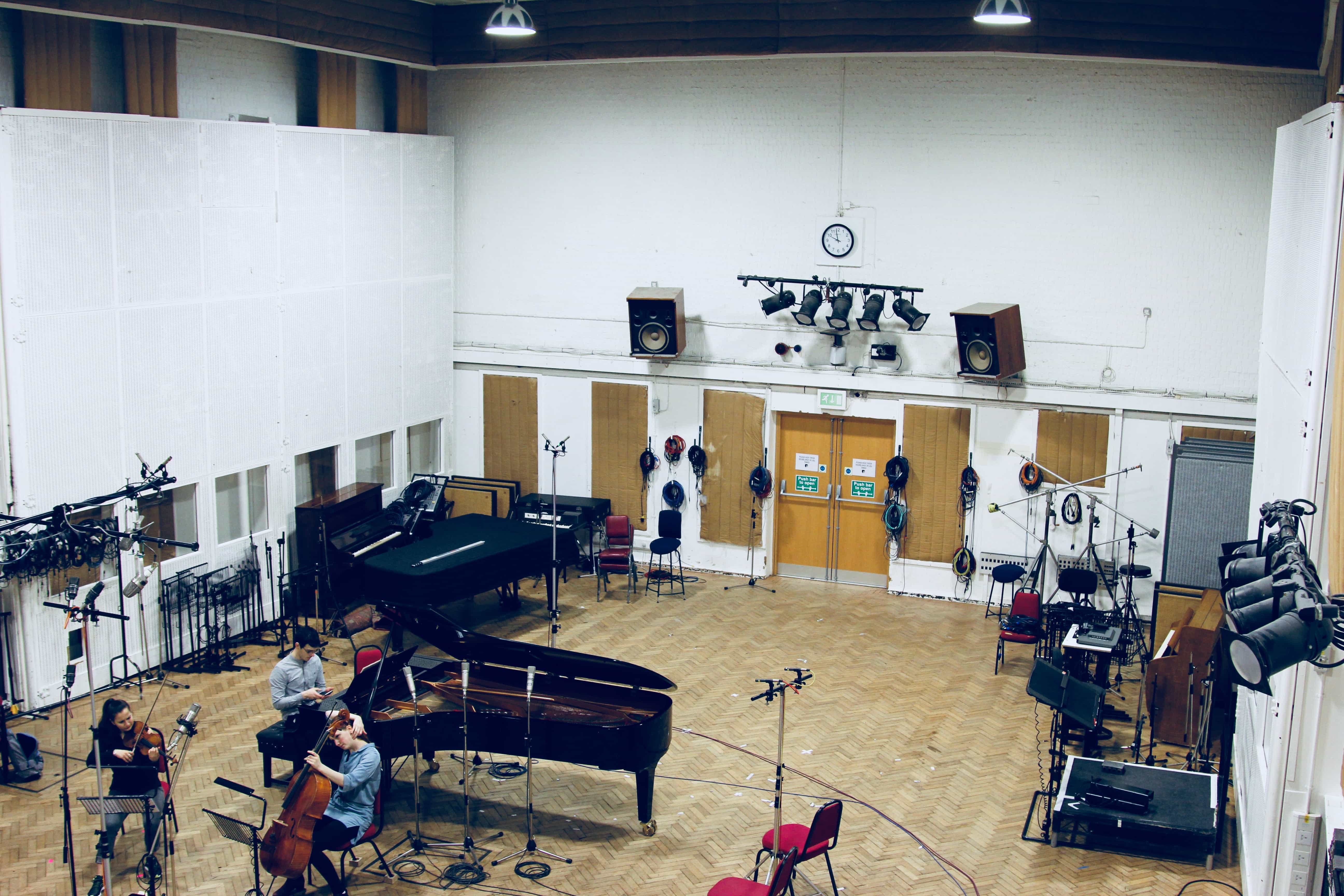 Check out videos from the session on our Facebook page

Graduates inspiring the next generation of young women in tech
Masterclass with Andrew Scheps
Categories
Book A Tour
Fill out the form below to visit our campus and studios.
Recent posts
14/06/2022
Hans-Martin Buff | Meet The Producer
Read article
16/05/2022
How To Get Started Recording Drums
Read article
30/03/2022
Celebrating IWD 2022 with Abbey Road Equalise at Angel Studios
Read article