In August the team behind the BBC Music Introducing event Amplify approached Abbey Road Institute. They were looking for up and coming engineering talent to become part of BBC Amplify, the biggest new industry show in Europe, to work across the various stages that were part of the event.

The event was scheduled to tie in with the 10th anniversary of BBC Music Introducing, which has in the past supported the launch of acts like Florence and The Machine, the 1975, Catfish and The Bottlemen and James Bay.  Some of whom have recorded at Abbey Road Studios.

A group of Abbey Road Institute students and alumni were excited to get involved, working across all of the different stages during the 3 days. We caught up with them afterwards to find out how it went. 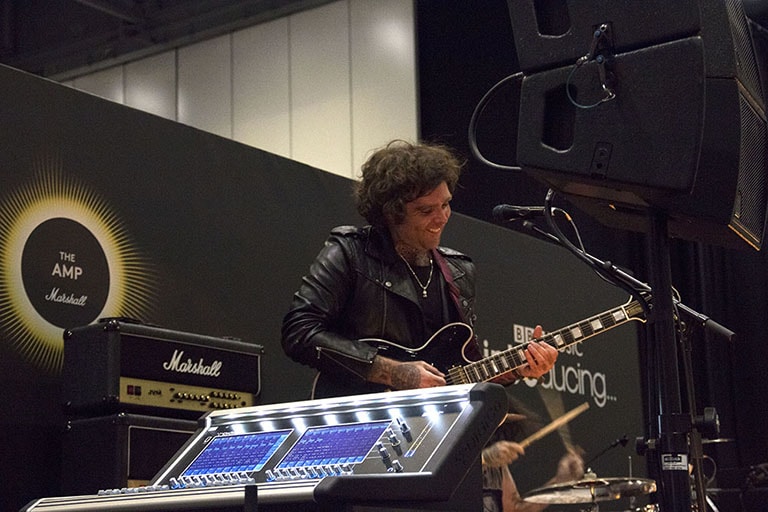 Hi Guys, can you tell us what your involvement was in the BBC Amplify event. What were your roles and duties?

“My role was Sound Engineer Assistant, which consists of running the sessions and the stage changes, assisting the main engineer and occasionally engineering on your own (if the engineer trusts you enough). Basically, my goal was to help the artists have their experience on stage as smooth and as enjoyable as possible”. Andrea

What did you think of the event?

“The event was amazing, very well organised and rich in contents. The guests, the artists, the sessions, the team, they were all consisting of great people to connect with, to learn from and to have loads of fun with! The atmosphere, overall, was not so different from (the atmosphere at) Abbey Road Institute, we were all very professional about our duties, but still having a great time and fun doing it all together. I had the pleasure to work with an amazing engineer. He let me engineer some shows on my own, which gave me a great experience and knowledge about both technical and theoretical sides of live engineering. I also got in touch with new amazing musicians, bands and professionals from the industry, which made the whole experience unforgettable”. Andrea

“The event went very well and I learned quite a few things! The event was setup like a traditional music trade show but with a twist, where live performances were scheduled throughout the day and workshops as well as conferences were organised. The atmosphere was quite relaxed and there were quite a lot of people attending the workshops”. Noah 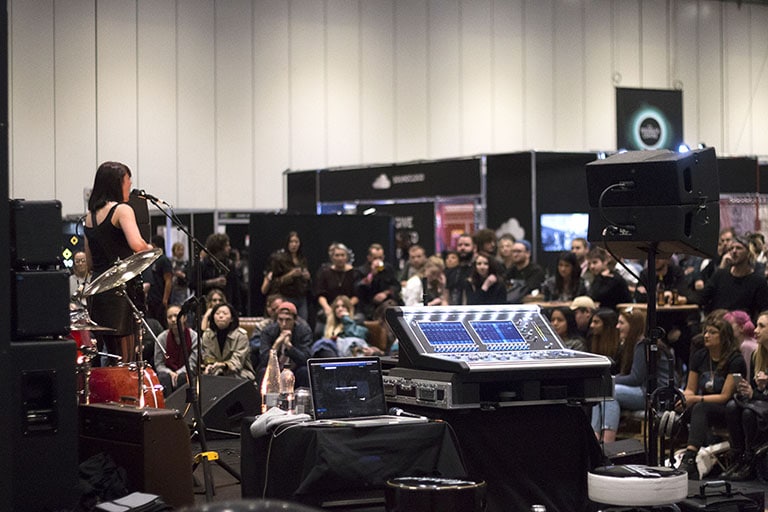 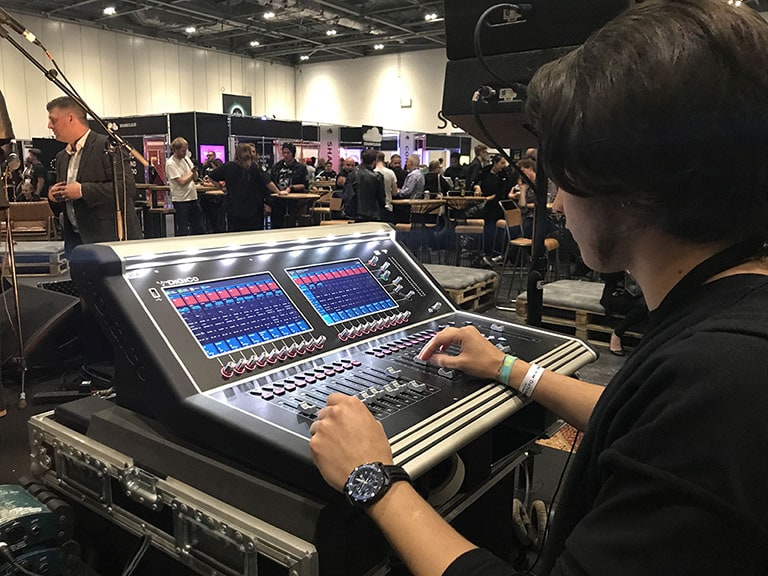 What was it like as a professional experience and did you learn something new over the 3 days?

“I learned a lot, about live equipment, about working efficiently in a team, to manage a small stage in a big event like Amplify and many other things, not only about live engineering, such as how nice people can be to you when you share the same passion about a discipline or art, which never ends to amaze me”. Andrea

“I started the weekend observing how the live sound engineer was operating the console and learning how soundcheck and balancing was done. By the end of the weekend I was performing the monitoring and front of house for the musicians. I have learned how to operate a Digico console, deal with feedback as well as balancing monitor and FOH mixes”. Noah 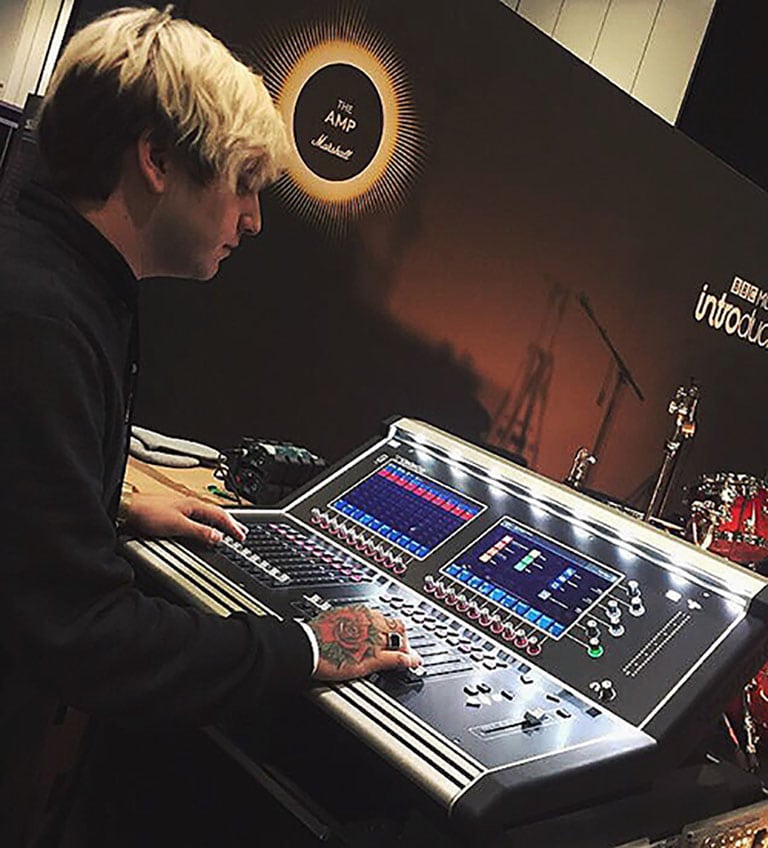 Alex Coombes, Marketing Director at Marshall Amp had two of our students working on the Marshall stage “Once we knew Abbey Road Institute students would be working the stages at Amplify, including our own, we were delighted. The show was about education, and what a befitting opportunity to have talented students engaged. All the people who worked on our stage over the three days were incredibly professional and ensured our bands sounded great. A big thank you to them all – a great credit to Abbey Road Institute.”

See some of this years highlights here.

Graduating in style at Abbey Road Studios
Students and alumni come together in Studio Three
Categories
Book A Tour
Fill out the form below to visit our campus and studios.
Recent posts
06/12/2021
Scoring films with Spitfire Audio's library and Abbey Road One
Read article
19/11/2021
Dolby Atmos | Everything You Always Wanted To Know
Read article
10/11/2021
Abbey Road Amplify: How To Build Your Career As A Producer Or Engineer 🎥
Read article