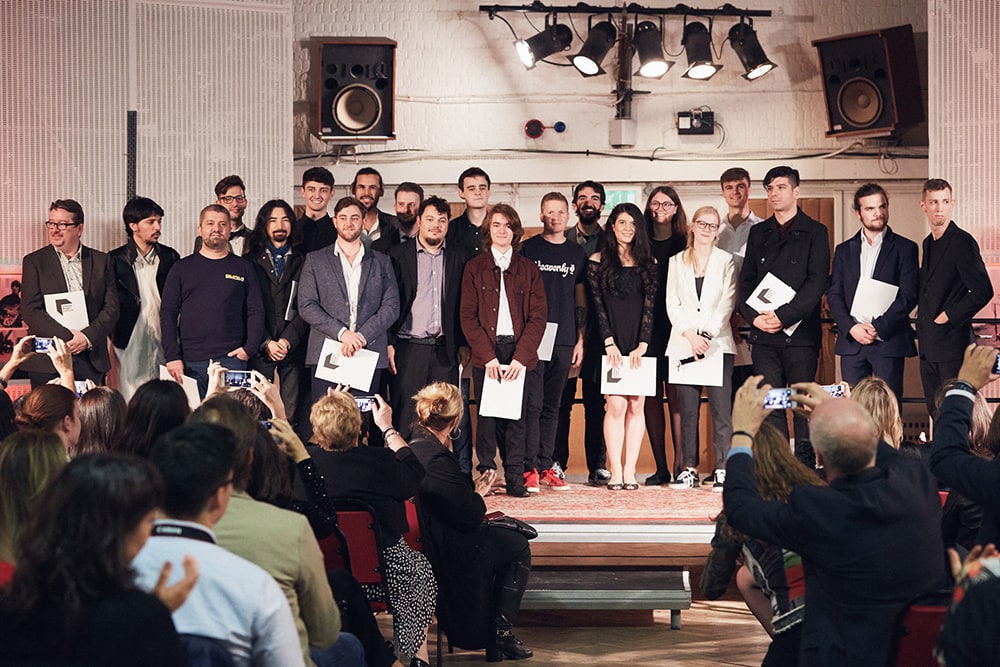 Our London Class of 2017 with their diplomas in Studio Two

One of the unique experiences you have as a student at Abbey Road Insitute is the close relationship with Abbey Road Studios. Our students get regular access to the world of Abbey Road, but one of the real highlights of this experience is the annual graduation ceremony.

This year we were delighted to be celebrating the culmination of our students’ hard work and achievement with a diploma ceremony, live performances and industry networking in Abbey Road Studios One and Two. Our London cohort were joined by graduates from our Abbey Road Institutes in Germany, France, The Netherlands and Australia for our very first global graduation ceremony.

The afternoon opened with an exclusive and intimate ceremony, where the students were given their diplomas in Studio Two, a first of it’s kind for Abbey Road. Graduates were invited up on stage by Luca Barassi, Chief Operating Officer of Abbey Road Institute, to receive their accreditation and walk in the footsteps of the artists that have recorded here over the years, from Kate Bush, The Beatles, Pink Floyd, Radiohead and Oasis to Muse, Hozier, Ed Sheeran, Alt-J and many more.

The celebrations continued in Studio One with London graduate Andrew Glen compering for the evening, introducing several speakers including Isabel Garvey Managing Director of Abbey Road Studios and David Sharpe Chief Operating Officer of Universal Music UK as well as live performances from student bands Siva, Myotopes, Northern Light Exposure (with special guest on bass for the evening, Michele Stodart from The Magic Numbers), The Stangs, Keemosabe and Lewn. 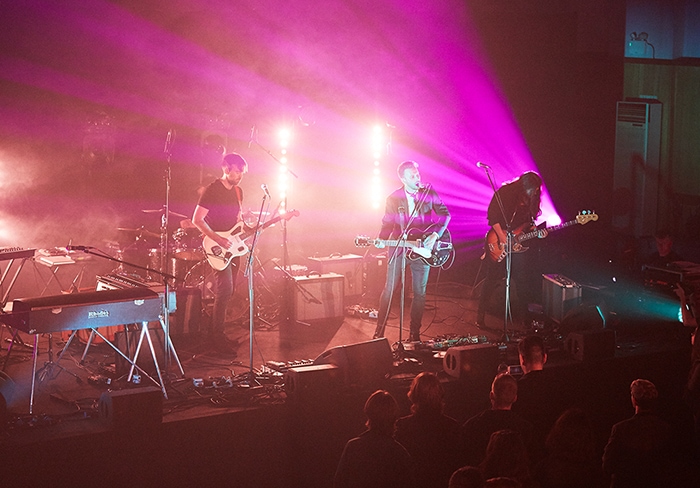 Northern Light Exposure in Studio One, with guest bassist Michele Stodart from the Magic Numbers 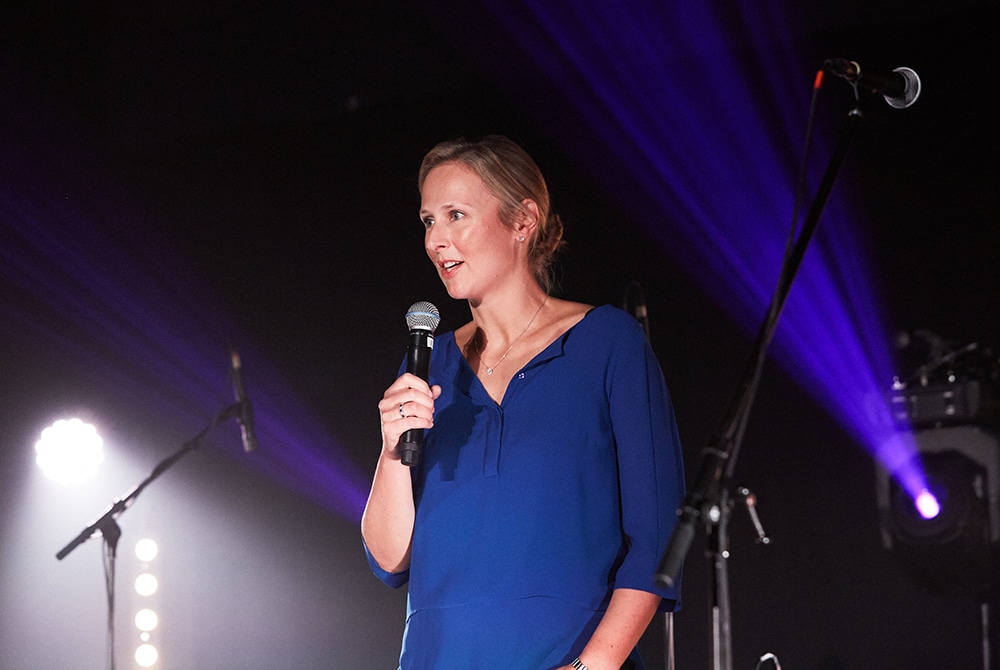 Isabel Garvey, Managing Director of Abbey Road Studios said of the event –
“Bringing together students from all of our Institutes across the globe, the graduation ceremony was a genuine celebration of the achievements of Abbey Road Institute in developing the next generation of engineering and production talent. From the curriculum and student recording sessions throughout the academic year, to the guest lecturers who work or have worked at the Studios, the event celebrated Abbey Road’s strong relationship with the Institute.  It was a proud moment for us all and invigorating to meet the talented graduates who are already securing exciting roles and opportunities as they start their careers in the music industry.” 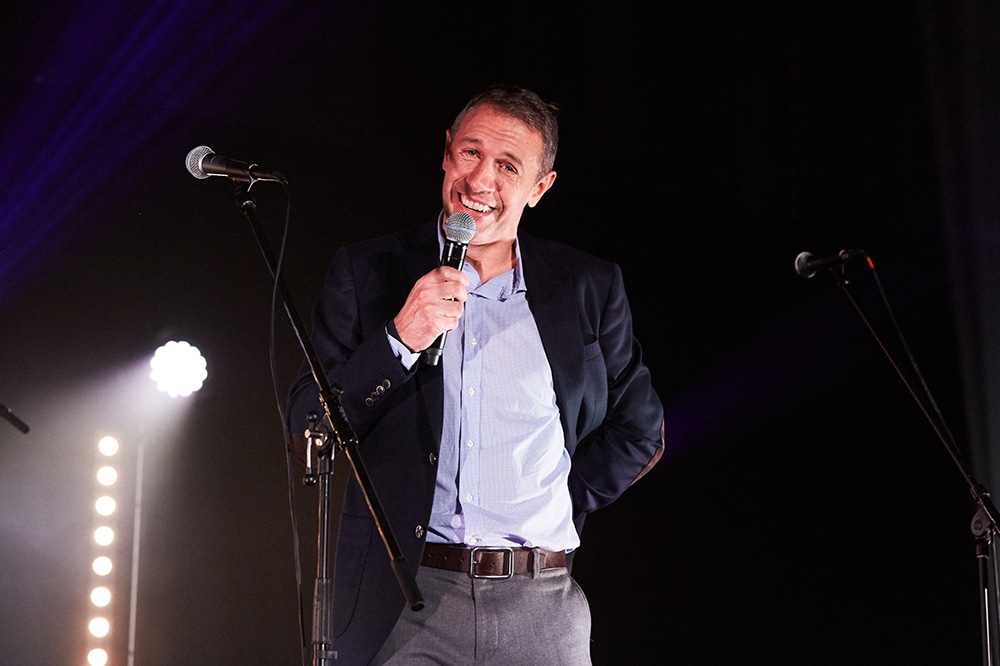 David Sharpe, COO of Universal Music UK has been highly supportive of the new graduates –
‘Universal has great plans for the Institute. We are absolutely delighted that the feedback on you, as a cohort of graduates, is exceptional.  That you’ve got real talent and that you’re very driven.  I hope that when you have your (Alan) Blumlein moment, and you’re going up to collect your grammy in the future, that you remember that it all started here at Abbey Road Institute.’

The staff and students at Abbey Road Institute were delighted to have such a fantastic turnout at the event. We extend a very warm thank you to everyone that joined us from all over the world, students, graduates, parents and industry partners alike. 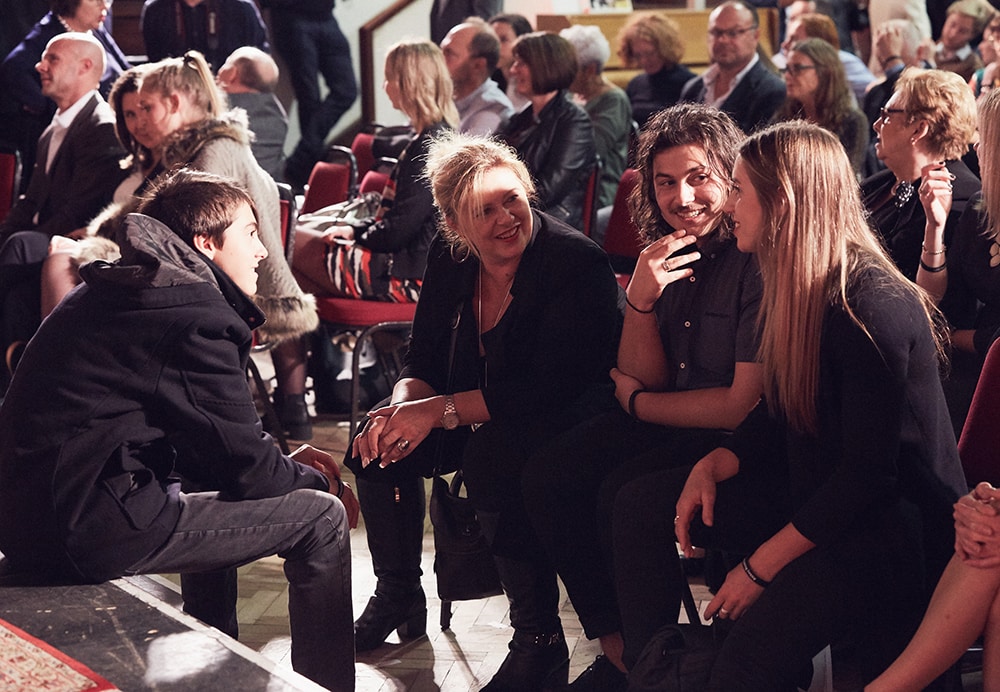 Guests at the graduation ceremony in Studio Two

These are just a few highlights of the evening, there’s lots more to see on our Facebook Gallery

Aspirations to join our next course?

Find out more about our Advanced Diploma in Music Production and Sound Engineering on the course page.