Marta Salogni is everywhere right now mixing, producing and recording countless artists including Bjork, The xx and The Orielles. Her hard work saw her take home the 2018 MPG Breakthrough Engineer of the Year Award. Abbey Road Institute students were treated to a masterclass with Marta last week but Campus Manager Mike Sinnott couldn’t let her get away without answering a few questions of his own…

Tell me who you’re working with at the moment?
Right now I’m working with a couple of artists, but I can’t actually say who because we’re not finished!

Are you mixing or producing?
Mixing. I’m doing a lot of mixing at the moment. I did a lot of producing last year for albums that are either about to come out or are in the last stages of the process.

What’s the most exciting part about being a freelancer?
You are ultimately the only person responsible for your own success. There is nothing between you and your goal; If there’s something you want, then you make sure that you work for it and do the best you can. Working for a company is brilliant, but it’s a very different process; your clients come through the company. When you’re freelance, you can go out and ask people to work with you.

What advice would you give to a sound engineering student who is looking to get to where you are?
Being able to dedicate myself fully to learning for the amount of time that I went to college was incredibly important.  That moment of complete dedication to learning will never come back. When it’s done, you will have to deal with work and try to learn simultaneously, mostly through observation.

This is where what you’ve studied will be useful. You’ll understand what an engineer is doing by tweaking a compressor or plugging a microphone in. For me, learning from other people has been one of the most important things.

Danton Supple was a mentor to you, wasn’t he?
Yes, Danton and David Wrench were my two big mentors.  Danton and I did a lot of recordings and production. He’s an engineer as well, so I “grew up” having a great example of being organised but also being creative.

With David it was a lot of mixing, although we also recorded together.  The clarity and the details that he’s able to achieve…it’s incredible. The tonal aesthetic of his mixes is perfect.

Why did you decide to come to London and what keeps you here? Will you stay in London?
For work yes, always. London is a crossroads of talents. A lot of people in the world come here because it feels like a point of convergence for creativity, for innovation and for progressive thoughts. There are plenty of venues here that I love going to. All the musicians that I love will eventually come to London and play. London is the place to be. It’s a hard city; it’s very expensive… but it’s worth it to me. 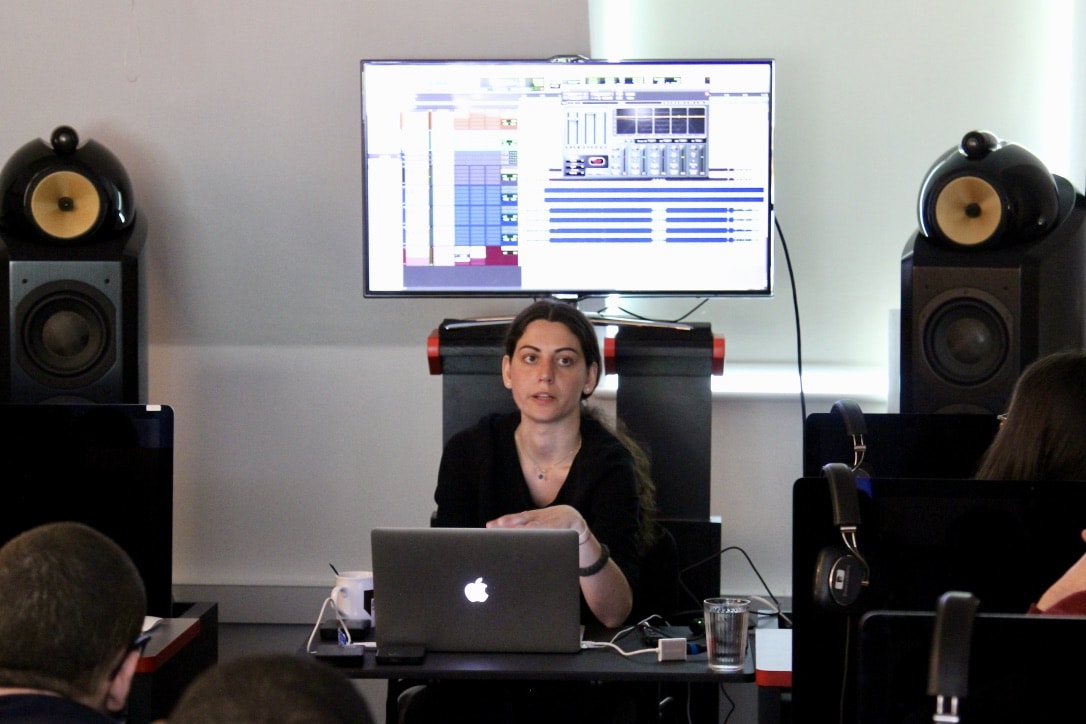 Analogue or digital?
Ha! I hope it’s not banal, but I like both. I like digital because it can be very defined, for example with EQ. You can have infinite EQ bands. With digital, there are no limits to processing or number of inserts on a track.
I like analogue because you have to work within its limits, and then you can break them. The way I use a tape machine, for example, is that I like to feed them back. I like to use them as an instrument. I try and use things for purposes that they weren’t designed for, generally. It just brings you to a whole different world.

You said you mixed in the box. Will you ever mix on a desk?
Oh yes, I’ve learned to do both. The pace of turnaround for mixes is becoming so fast, it doesn’t allow much space for analogue mixing. I mix in the box because I work on multiple projects at the same time, and I have to switch between projects very quickly. Unfortunately, sometimes it’s best to stick to digital not just because of time constraints, but also budget constraints.

Mixing in analogue requires a studio, with a good a good desk. I’ll mix on an SSL or on a Neve. Those cost a minimum of £500 per day, and on top of that, I need an assistant to help me with the recalls. It’s quite expensive.

Do women still face barriers in the audio industry?
I do sense a revolution, and I always try and make sure that it’s not only my own impression.  My professional life is improving, but that doesn’t automatically mean that every woman’s professional life is. I just want to maintain that awareness. I do definitely feel that through attention and exposure, things are changing.

I imagine some women might still find a career in sound intimidating?
Yeah, if there are no role models or no examples, then what do you do? It’s quite simple: if you don’t see someone doing what you want to be doing, most people automatically think “it will be harder for me to do this because I will be the only one.” Or you might think this is an opportunity to stand out as you will be unique, but it’s not that women are doing well because they are women. This sort of work you can’t really fake.

Do you recommend a course as a way of getting into the industry?
Yes. It gives you the confidence that you know a little bit of something. Some people don’t feel they have enough knowledge to get their foot into a studio. You will start by making teas and coffees, but you should always be two or three steps above the profession that you want to be doing. If you’re a runner, you should know enough to be an assistant. If you’re an assistant you should know enough to be an engineer. With everything I learned in college, I was able to look at an SSL and say “I know the signal flow, I know the channel strip”.

Ready to take the first step towards a career in audio? Check out our Advanced Diploma in Music Production and Sound Engineering or contact us for more information.