Nothing makes us happier than catching up with our alumni and hearing about their successes in the industry since graduating. Recently we spoke with Tristan Holmes-Jefferd, who successfully completed his studies in March this year. After falling in love with beat-making and composing electronic music on Ableton Live, Tristan came to Abbey Road Institute with the aim of taking his productions to the next level. We caught up to hear what he’s been up to!

Hey Tristan, congrats on graduating! How did it feel?

It was a great ceremony. It felt like a nice culmination of a lot of hard work I put into my music over the past year. It was time to celebrate!

Who were some of the musical influences that got you into music? When did you want to become a producer?

Aw man, I think it must have been when people like Deadmau5 and Skrillex were at their peak around 2011-2012 maybe? I just started doing it one day. A lot of it is horribly dated now looking back and I can’t say I have any particular fondness for much of that music anymore but it was interesting being a part of the SoundCloud scene that came with it. You’d have a bunch of guys try to out-do each other seeing who could create the craziest sounds and get super defensive about their FM8 synth patches. I think that rubbed off on me. Nowadays I’m listening to a lot of stuff like Autechre and Oval where experimentation in timbre and rhythm is the focus.

Why did you come to Abbey Road Institute?

Around 2016 or so I saw a thread on Reddit about it. I ended up leaving university after a semester in 2017 deciding it wasn’t for me and ended up remembering the course and thought I’d give it a shot. I liked the idea of having a small intimate class as opposed to a larger one which turned out to be a great decision. We all got to know each other pretty well over the year with many of us still in contact. You get to know a fair few people and their strengths. Everyone could benefit from one another, I don’t see a dynamic like this being cultivated at other schools. 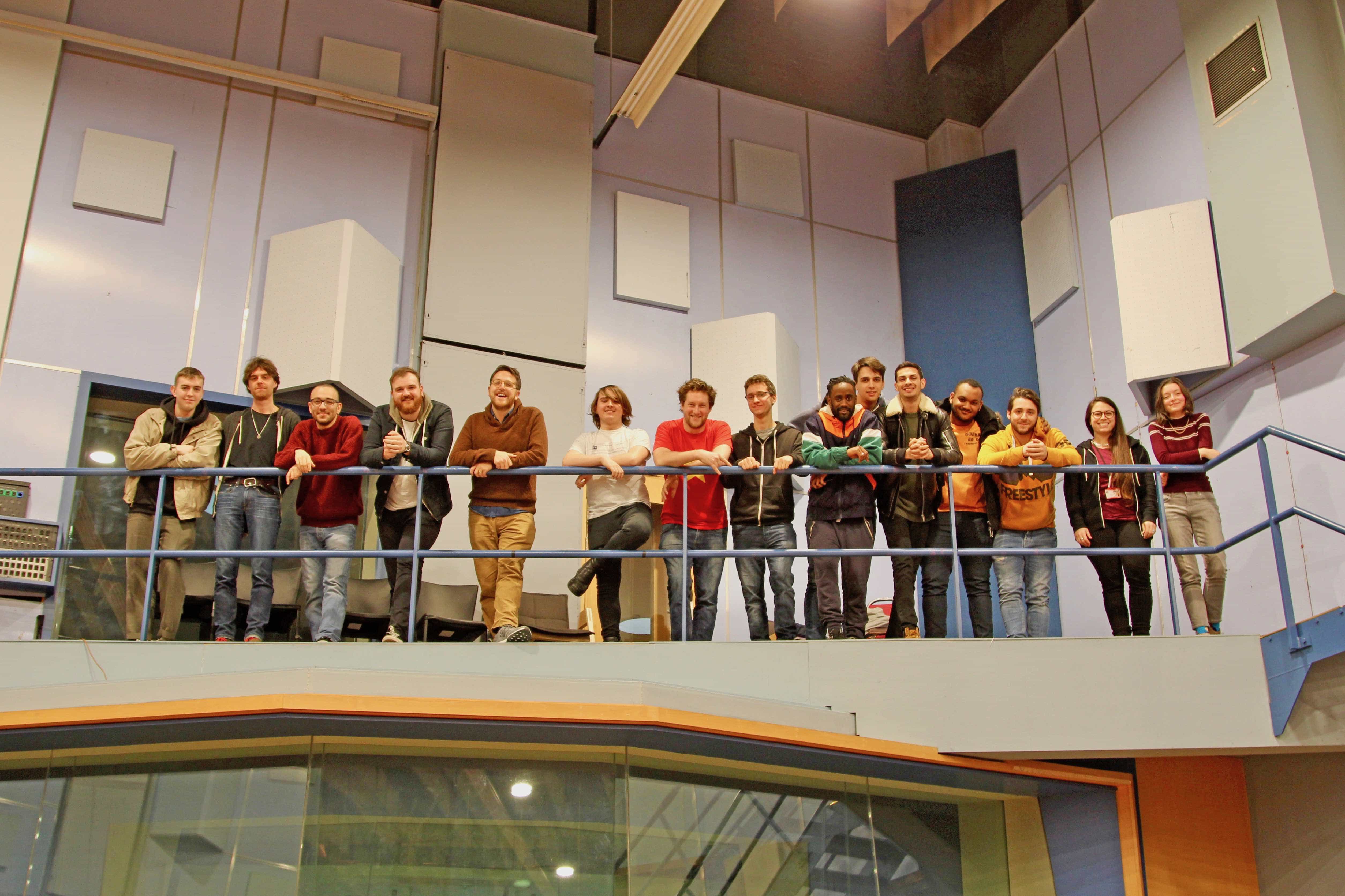 Did your musical projects improve during the course production-wise?

Absolutely, especially in terms of mixing. I feel I’ve really developed an ear and vocabulary for it that I didn’t have before coming here, a lot of that is in part for the amount of ear training we did and access to such a wide range of plugins of classic hardware and really delving into the subtleties of each.

What DAW do you typically use to create music?

I’m a massive fan of Ableton, there’s no other DAW that really allows you to experiment with different elements as much especially for electronic musicians. It’s also an extremely powerful sound design tool in its own right.

What are you up to for work now?

Mostly live sound. I ended up mixing FOH for Sofar Sounds in Portsmouth back in June and since then I’ve grown to love doing live sound. Mostly these days I’m working for Britannia Row Productions at their warehouse in Twickenham and am hopefully looking to do an apprenticeship with them. This still allows me the flexibility to work on my own projects in the evening.

What can we look forward to hearing from you in the future? Will you be gigging?

Back in October, I produced some tracks for a fashion-themed horror escape maze in Paris by Jean Paul Gaultier. Most of the production work I do now is commissions for events, so I expect this will continue. There are also two projects I’m currently working on that I have yet to announce. And yes, I would love to gig at some point.

Get to know more of our alumni by reading about Flame Trees; the new project from Hayley Roscoe and Liam Narrie HERE

Abbey Road Institute and Spinnup launch partnership
Performance and Production: How playing an instrument can help you as a producer
Categories
Book A Tour
Fill out the form below to visit our campus and studios.
Recent posts
24/07/2020
Alumni Achievements : Hayley Roscoe
Read article
15/06/2020
Microphone Models and Studio Set Up with Sontronics
Read article
01/05/2020
Alumni Achievements: Ramera Abraham
Read article
This site uses analytical cookies to improve your experience on our website. You can read more about our how we use cookies in our privacy policy. Please accept to confirm we have your permission to place additional tracking cookies:YesNo