A look back at the history of Angel Recording Studios

Jimi Hendrix once said, “Music is my religion”. With this philosophy in mind, it’s apt that our new space, Angel Recording Studios, was previously a church and place of worship. The historical building that houses the studio has a rich history and is a space with its own personality and idiosyncrasies, a perfect home for creativity. With our move to Angel just around the corner, we’ll be revisiting the history of the studio over a series of blogs. Here we look back on the building itself and its evolution from church to the home of award-winning music and a creative community.

Angel Recording Studios, formerly a United Reform Church in Islington, has had a lifetime full of stories. It was opened to the public as the Islington Chapel in 1888, after being redesigned and constructed by architects Bonella and Henry John Paull to replace its predecessor which was built in 1815. Many of its original features still remain, such as its Flemish bond red brick, and oriel windows with cast-iron glazing. The significance of the building’s architecture is recognised with a Grade II listing, meaning that it is of special interest and warrants preservation efforts. To this day, even the Chapel’s original 17th-century style organ in Studio One remains in its original home and working order. The Speechly pipe organ made by H. Speechly and Sons originally cost around £850 and is worth a lot more today. The Chapel closed towards the end of the 1970s and was purchased by the de Wolfe family.

De Wolfe Music, a family business started by Meyer de Wolfe in 1909, grew significantly over the years to be one of the most innovative businesses in the world of recorded music. From early cinema soundtracks and newsreels, de Wolfe Music became pioneers for recorded music, laying the foundation for the future Angel Recording Studios. Following the purchase of the Chapel, Angel Studios came to life in 1982 when recording began. The Studio was originally home to recordings for De Wolfe Music, and as client demand grew the studio was made available for commercial hire. Some of the earliest musicians to record were The Cure and Siouxsie and the Banshees.

Studio One was typically used for orchestral, big band recordings, and Studio Two, the smallest space, was ideal for mixing, recording vocals and rhythm instruments. In 1987 as demand continued to grow, Studio Three opened to record big orchestras and host up to seventy musicians. Studio Three welcomed composers James Lapine and Stephen Sondheim for Into The Woods (2014). With George Fenton recording Blue Planet and Planet Earth, and John Lunn for Downton Abbey. It was also the birthplace of numerous famous film soundtracks such as The Lion King (1994), GoldenEye (1995), Moulin Rouge! (2001), Pride and Prejudice (2005), and many others. 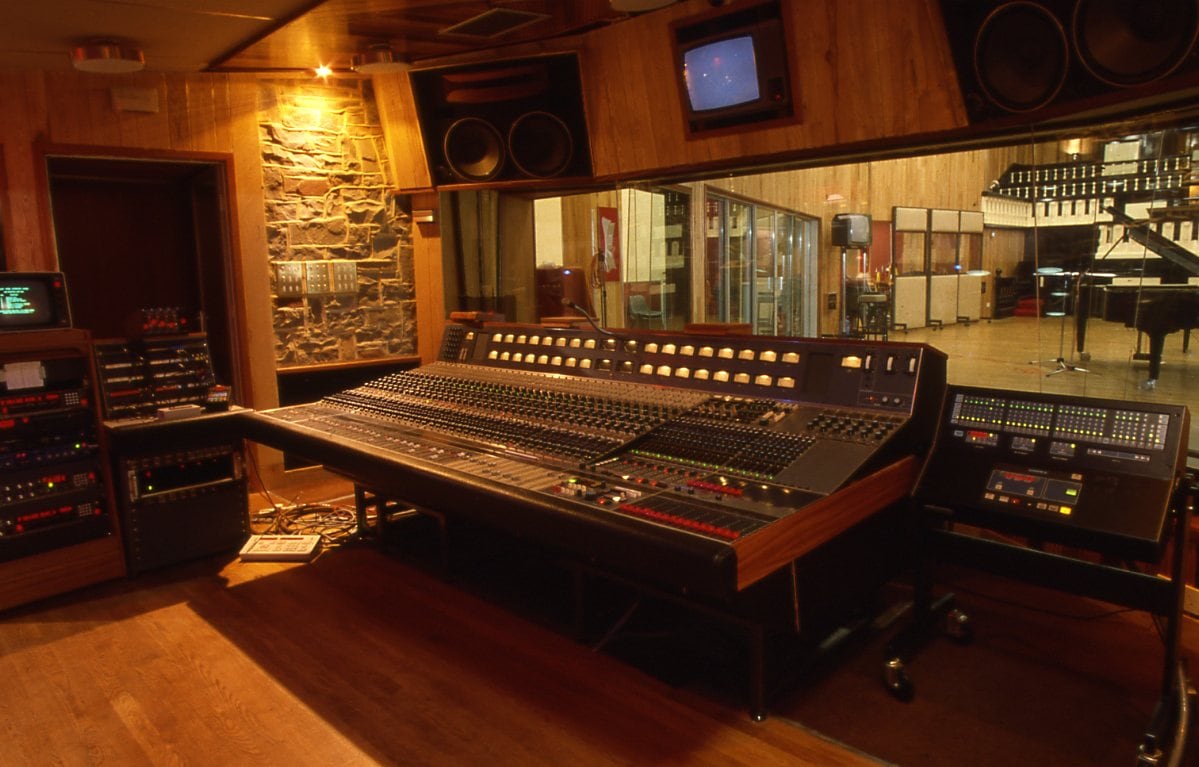 Studio One Control Room in 1983

On top of the studio’s vast resume of film scores, many modern-day pop masterpieces were created under Angel Studios’ roof. Parts of Grammy-winning albums 21 by Adele and Sam Smith’s In The Lonely Hour are two examples. The likes of Leona Lewis, One Direction, Kaiser Chiefs, Seal, Emeli Sandé, and Florence and the Machine have all recorded at Angel.

In addition to hosting recordings, Angel was used as a film location for some of the scenes from the movie Yesterday, a musical comedy based around the music of The Beatles. Fitting, considering the films focus on the Fab Four, the soundtrack was recorded at Abbey Road. 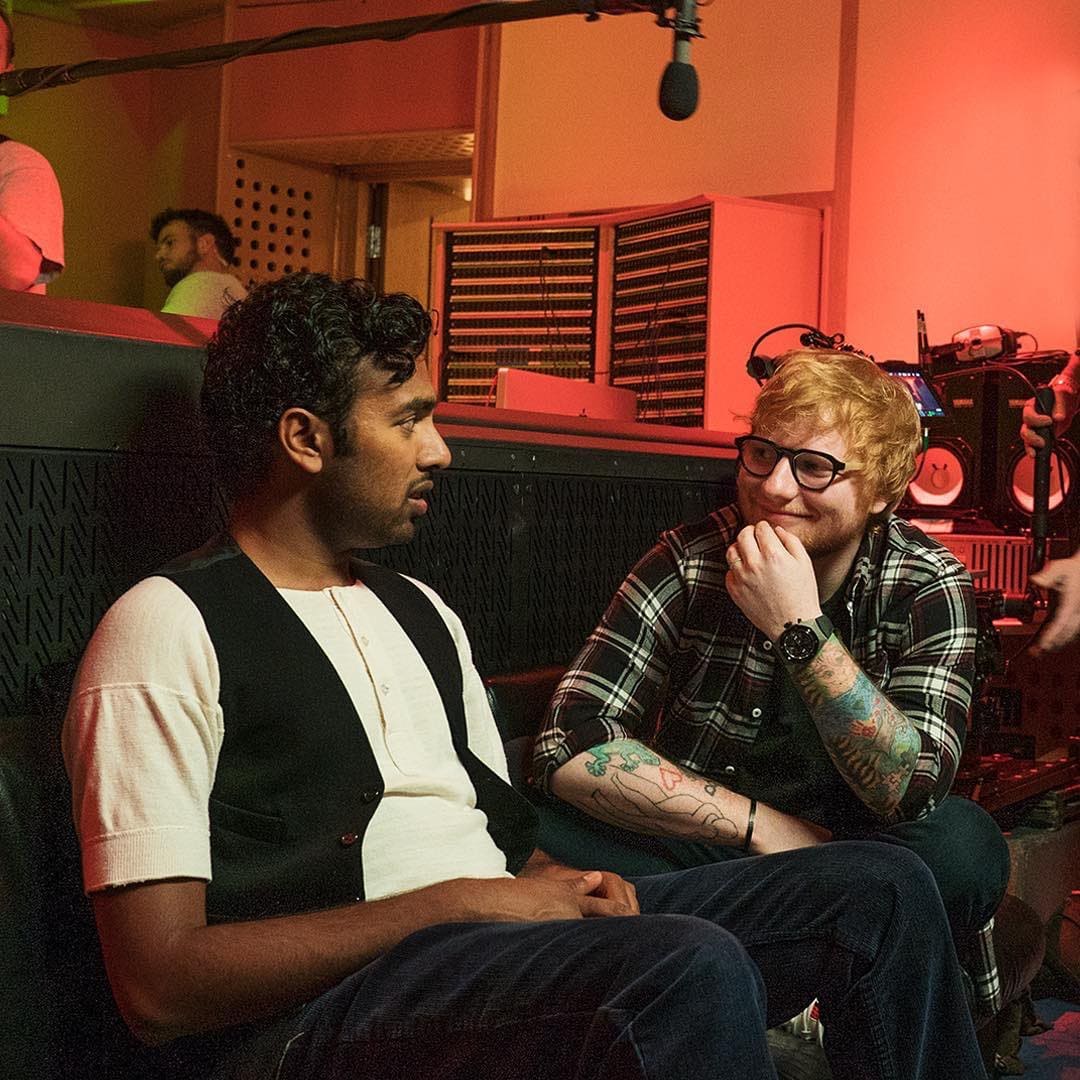 The studio has also been used for live recordings and videos. In December 2018, Liam Payne, Lennon Stella and Jonas Blue recorded an acoustic version of ‘Polaroid’ in Studio One. A number of Christmas themed songs and videos have been recorded in Studio One, with the classic organ as a backdrop. This includes Robbie Williams’ Merry Christmas Everybody and Chris Kamara’s Let It Snow. The studio then closed its doors in Islington at the end of 2019.

We collected the keys back in April and renovation is currently underway preparing the studio for our move this summer. The original recording room, Studio One, with its beautiful Speechly organ, will reopen for commercial hire later this year. The organ is currently protected behind a temporary wall whilst work takes place. Our students will be moving into Studios Two and Three for their hands-on vocational training in the coming weeks. We’ll be speaking with some of the team that were integral to Angel Studios during its previous iteration and sharing more on the blog. And keep an eye on our Instagram for a behind the scenes look at the work in progress.

Thanks to music production student Julia Fedec for her research and writing in this blog post.

In the Studio: Recreating How Long by Ace
Studio Etiquette: Three Lessons We Learn As Children You Should Apply In The Studio
Categories
Book A Tour
Fill out the form below to visit our campus and studios.
Recent posts
16/05/2022
How To Get Started Recording Drums
Read article
30/03/2022
Celebrating IWD 2022 with Abbey Road Equalise at Angel Studios
Read article
23/03/2022
Roland: Looking to The Future
Read article
This site uses analytical cookies to improve your experience on our website. You can read more about our how we use cookies in our privacy policy. Please accept to confirm we have your permission to place additional tracking cookies:YesNo