Earlier this year we launched a competition with ReverbNation to offer one artist the opportunity to come to Abbey Road Institute in London and record with producer, engineer and lecturer Pete Dowsett and our current music production and sound engineering students.

ReverbNation is a platform which supports emerging artists to build their careers. Amy Pinnock, Director Industry Relations (UK and Europe) ‘ReverbNation’s mission puts Artists First, we offer emerging artists from around the world access to the global music industry. We were excited to be partnering with Abbey Road Institute and offering this opportunity to our community.’ 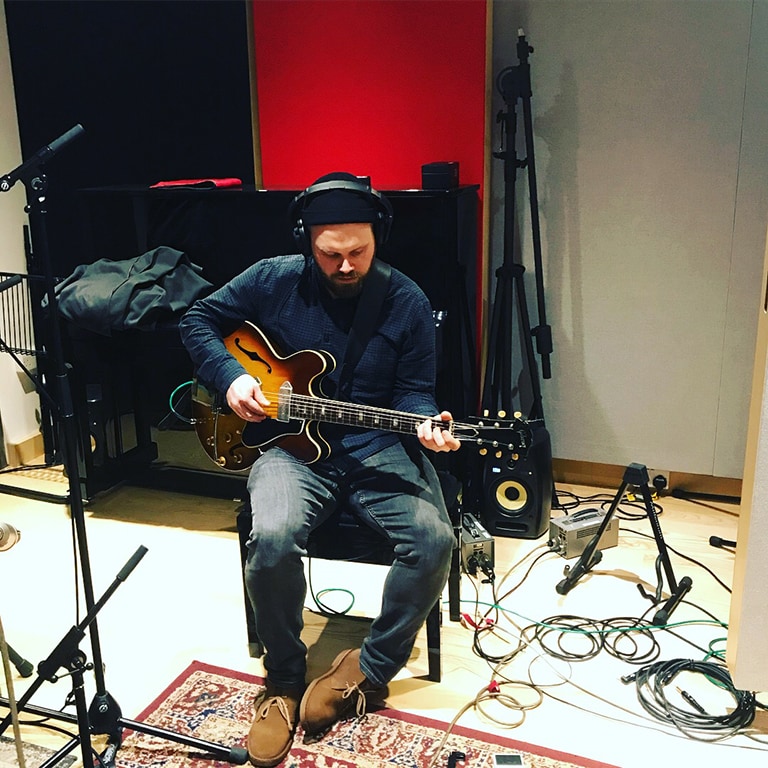 Joel Bailey in the live room

The team here in London were delighted to receive over 3,000 submissions of a very high standard. We chose Joel Bailey with his track ‘This Year’ to come in and record with us in March.

We caught up with Joel and Pete after the session to find out how it went.

Hey Joel, well done on being selected, the team at the Institute were really impressed with your track. Firstly, what was your reaction when you found out you’d been selected for the session?
‘I’ve been grinning like a pelican ever since the email came through. It’s been hard to focus on anything else, I don’t think I’ve taken the bins out for a month. Music is so personal and subjective that I just feel super lucky that whoever decided felt some connection to the song.’

What were your expectations from the day?
‘When you think of Abbey Road it goes beyond all the technical specifications etc. It’s a place where the genuine magic happens. We semi-expected to be greeted by mystical harp-playing sirens. We weren’t. I did see a harp though. So we were half right.’

How did the session go on the day?
‘The session ran very smoothly. I’ve never worked with anyone like Pete before. He understood exactly the kind of vibe we were looking for and seemed to be everywhere at once, tweaking dials, tightening snare drums and generally shepherding us towards that vision. He managed to find a way to get the best sound out of every instrument.’

What’s next for you?
‘Gig-wise: the next one in the diary is a showcase for the good people at ReverbNation at Camden Assembly on 31st May. The song we’ve recorded is about new year’s resolutions so the plan is to try and find a fun way to release it around December time. We’re hoping it’s going to be the new Auld Lang Syne!’

Hi Pete, you teach regularly here at Abbey Road Institute. Can you start by sharing a bit of your background and experience?
‘I lecture Audio Engineering at ARI. Over the years I’ve spent time as a live-sound touring engineer and as a recording engineer as well as mixing and mastering music. I now spend most of my time producing music, particularly various guitar-based genres. Because of this, I would say that my knowledge of both the technical and artistic aspects of recording live/acoustic instruments is a speciality.’

What do you think of these kinds of collaborations, e.g. the opportunity with ReverbNation, offer to our students?
‘Firstly, it is a “real-world” experience because what is being recorded is likely to be commercially released, this is great from the students perspective. The other positive for the students is that the quality of submissions was very high, meaning that the students got to see a real session with real talent. For the artist, a free session at Abbey Road in a studio as well equipped as the Institute’s Neve Custom studio speaks for itself.’

What was the session like on the day?
‘Well, one day to record with so many people around presents some challenges compared to other sessions. As Joel’s music is very soulful and organic I wanted to keep the core rhythm section of the band playing together, so the drums, bass and rhythm guitar were tracked together. The amps were baffled off, but I am not scared of bleed in a situation like this and a small amount actually adds to the authenticity. It does, however, mean that the band needs to be tight and well-rehearsed. Another aspect was that I intended to use a very stripped down drum mic set up, just one kick mic and a pair of ribbon overheads (in a recorder-man configuration). I took some other close mics, but this was mainly for safety. Other than that, from a production perspective, it was all about the lead vocals. Joel is very expressive and has a character that touches you. In the demo the lead vocals didn’t develop enough as the tune progressed in my humble opinion. Therefore I encouraged Joel to ad lib and try different things out over the final third of the song, which worked out really well.’ 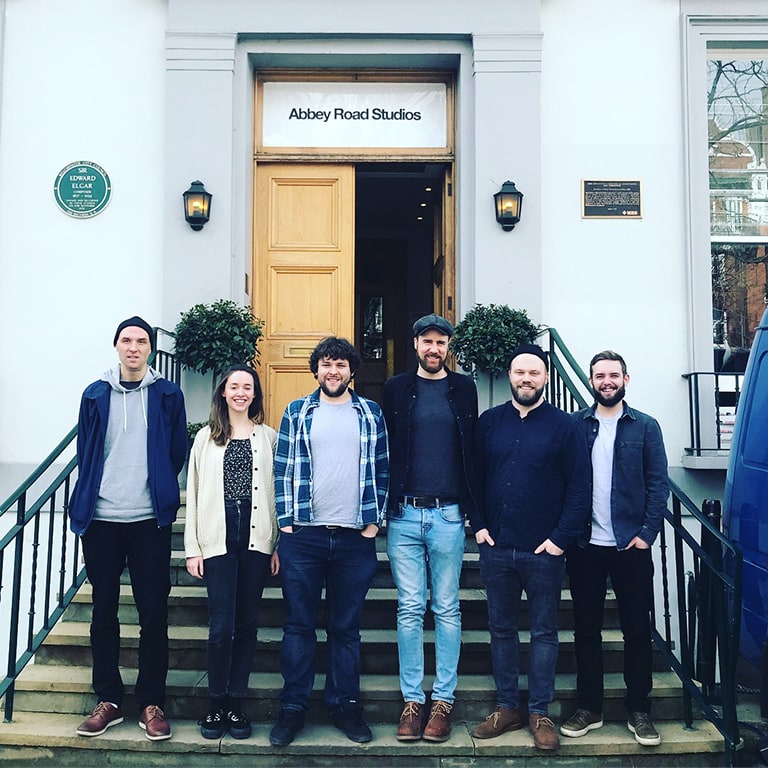 Joel, Pete and the band on the studio steps 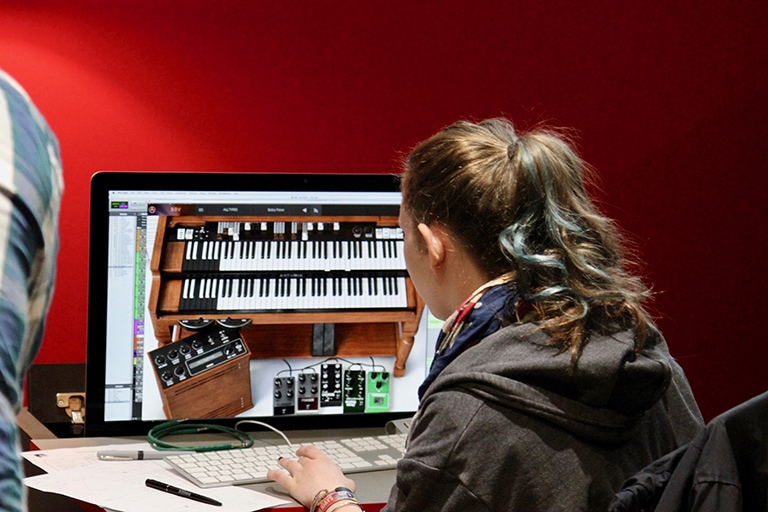 Joel Bailey will be releasing his track ‘This Year’ later on in 2018, we’ll keep you updated with dates as they’re confirmed.

If you’d like to know more about learning the skills to work with artists like Joel, have a look at our website for more information on studying at a specialist music production school.